You’ve probably read about them, lusted after them, and hey: maybe even bought one.

But could the Dell “Sputnik” range (as it is still informally known) be better? Are there features or options models in the classy Dell XPS 13 line miss?

Well, that’s what a new survey aims to find out.

Dell is partnering with Canonical to scout feedback from the developer community on how they work, the platforms and software they use, and what they think the weak link is in Dell’s current line of Linux-based developer laptops.

Or, to use their own words to say the same thing: “Canonical and Dell are keenly interested in better serving the developer community and creating hardware and software that meet the needs of those users.”

The Dell Ubuntu Developer Survey is open for responses throughout May, closing on Friday 31 May 2019. The results of the survey will, apparently, be made public — hurrah for transparency!

You can take the Dell/Ubuntu developer survey at the link below. Keep in mind that this is aimed squarely the developer community; don’t dilute the responses by answering if you’re not a developer.

I happened to see mention of survey by chance. Which makes me feel woefully uninformed.

If you see stuff like this in the wild, and I haven’t written a couple hundred works about it on these fair pages, don’t assume i’ve seen it. A large chunk of what I write about is based on what you folks send in.

So do ping me on Twitter, Mastodon, email, or using our on-site tip form (if bots have figured out how to use it, so can you). I can’t promise to cover everything on the site, but it might make a useful tweet, video or shout-out.

Home » News » Are You a Dev? Take the Dell Ubuntu Developer Survey 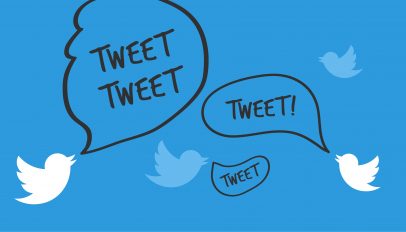 This Week Twitter Taught Me: Libhandy Looks Great, Ubuntu Cares, and Pigeons Be Ballin’
Read Next