Does your wrist sport a shiny Samsung Galaxy Watch? If so, check out this new Ubuntu-inspired watch face now available on the Galaxy Store

The watch can be customised to display:

I don’t own a Samsung Galaxy Watch myself, so I can’t attest to how well it works or how easy it is to set-up — but it should come with all the right “complications” (bad watch joke).

I wonder if adding an optional black background would be useful. Black would be marginally more power efficient than purple given that the Galaxy Watch has an AMOLED display — but then it wouldn’t look like the stock Ubuntu terminal, granted.

If you like watch you see (another bad joke) you can download the watch face for free from the Samsung Galaxy Store:

Since writing this post a bunch of readers have been in touch to show how the watch face looks on their wrist. Here are some pictures (major thanks to all the folks featured below):

Other Ubuntu Watch Faces Are Available

Although the neat theme above only support the latest Samsung smartwatches, it’s far from being the only clock face available that echos Ubuntu in its design.

In fact, a veritable sleeves’ worth of Ubuntu and Linux styled watch faces are available across multiple platforms.

You’ll find Linux-y designs available for Android Wear watches, for the earlier Tizen-based smartwatches from Samsung (like the Gear S3), and for the ‘Versa’ line of fitness trackers from Fitbit.

And while Pebble (the company) is no more, having been bought out by Fitbit, a passionate community remains gathered around its short-lived line of products.

The replacement ‘Rebble’ app store stocks a variety of Ubuntu-themed watchfaces for those still wearing one of these e-ink wonders.

If you come across or create a design you think your fellow penguins might enjoy, do share it with us via our Tip Form!

Note: This original image used in this article has been replaced. The photograph of the watch face I initially used came from Reddit. Although I linked to the source in in the “source” section of the footer, I didn’t specifically ask the author’s permission to use his photo. That wasn’t cool move, and he understandably wasn’t happy. Apologies! 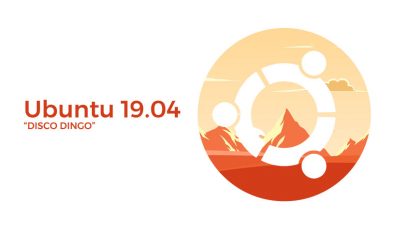