Ever wish you could literally draw on your screen in Ubuntu Linux?

Well, there’s a new GNOME Shell extension that lets you do exactly that: draw on the Linux desktop.

Why is this useful? Well, you may want to point out a bug, highlight a feature, or provide some guidance to someone else by sending them an annotated screenshot.

And for those things this novel new add-on is up to the job.

Draw on the Linux Desktop

While not all of us have need to graffiti our screens by drawing on the desktop, and on those occasions you do you probably use a screenshot annotation tool like Shutter or take a screenshot and open it in The GIMP.

But the suitably titled “Draw on Your Screen” extension for GNOME Shell adds to those options.

The ‘Draw on Your Screen’ extension offers a simple, straight-forward way to point at, call-out, circle, annotate or draw attention to something on your desktop or computer screen.

There aren’t many write on screen apps available for Linux, especially not ones that are as easy to use as this.

It speeds up the ‘annotate screenshot’ process which usually involves taking a screenshot, opening it in an image editor like The GIMP, marking it up, saving, and then sharing it.

The add-on supports undo/redo, offers a smooth stroke option, persistence (so you can keep adding to your screen-based masterpiece) and support for multi-monitor set-ups.

First things first: make sure you’re running GNOME Shell 3.26 or later. The extension does not work with older versions of the GNOME Shell desktop.

Assuming you have the relevant parts needed to install GNOME Extensions on Ubuntu head to the extension page listing below to get it:

‘Draw on Your Screen’ GNOME Extension

Here. just slide the toggle from ‘off’ to ‘on’ to trigger an install prompt. Okay this and the extension is downloaded, unpacked and installed ready for use.

With the screen drawing extension installed and enabled in GNOME Shell you can hit the super + alt + D key combo to bring up the drawing features.

To save a sketch or scrabble just take a screenshot (using a specific app or by pressing he prnt scrn button.

You can also export drawings directly from the app, as an SVG file — perfect for saving a particularly superb sketch!

‘Draw on Your Screen’, for all its garish novelty, simplifies the process of annotating a screenshot. It’s like Epic Pen for Linux; you can literally draw, type or call-out whatever is on your screen and then take a screenshot of your scribbles. 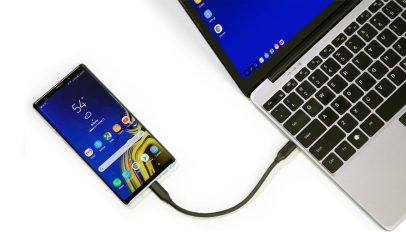