A new version of Audacity, the open-source audio editor, is now available for Linux.

The reason for the omission? A severe crashing bug that only affected Linux.

With that show-stopper bug now resolved, Linux can finally upgrade to a new release of Audacity.

In Audacity 2.3.0 the famed audio editing tool added a stack of new features and general improvements. Audacity 2.3.1 is a more modest release in comparison, and is composed largely of feature refinements and bug fixes.

For example, the new “micro fades” feature is now optional rather than default. Opt-in available from Playback Preferences. Likewise, the new ‘scrub ruler’ is turned “off” by default based on user feedback.

I would recommend reading our full news post on the Audacity 2.3.0 release for more details and links on what’s changed.

You can download Audacity installers for Windows and macOS from the Audacity website. Here you’ll also find the source code for Linux builds.

An unofficial (and, as of writing, not-yet-updated) Audacity Flatpak is available on Flathub.

To install Audacity 2.3.x on Ubuntu 16.04 LTS or later you can make use PandaJim’s Audacity PPA.

To add the Audacity PPA to your software sources run:

Finally, you can install Audacity with this command: 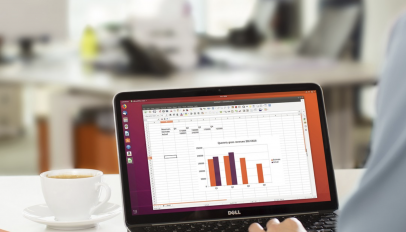 Snap Apps Are More Popular Than You Think [Infographic]
Read Next