A new version of the Audacity audio editor and recorder has been released.

Audacity 2.3.0 features a stack of improvements, and benefits from over 90 bugs fixes.

This is the first major update to the open-source audio tool since the release of Audacity 2.2.2 back in February.

A long requested feature, many will be pleased to hear that punch and roll recording in Audacity is finally an option in the latest release.

I record voiceovers for this site’s YouTube videos, a task for which punch and roll recording proves incredibly useful.

If I fluff a line, randomly cough, go squeaky, or sneeze during recording I can quickly stop, back-up, and correct my mistake without needing to manually cut the affected clip and carefully position a new one.

With punch and roll recording I also end up with one unified track rather than a series of individually trimmed/cut clips, which can be a nightmare to reposition.

Pinned playhead/recordhead can now be repositioned anywhere on the timeline. This allows users to choose where and when playback and recording starts. The pinned playhead is positioned in the centre by default.

Elsewhere, default scrubbing and seeking will ignore the pinned playhead (when enabled) and will play with an unpinned playhead. This will cause the playhead to move with the waveform remaining static.

The new menu features all the options you’d expect, plus a new “Save Lossless Copy of Project” option.

This option lets you “…make a safety backup copy of a project as you work on it. Unlike “Save As…” using this command will leave your current project open enabling you to continue working on it,” the Audacity team explains.

Other notable changes in Audacity 2.3.0 include:

You can learn more about each and every feature or change listed above by navigating to the release page on the Audacity Wiki which is quite literally oozing detail.

How to Install Audacity 2.3.0 on Ubuntu

You can install Audacity on Ubuntu 18.04 LTS or later, as well as on compatible Ubuntu-based distros like Linux Mint 19, in a number of different ways.

Confusing matters somewhat is the fact that Audacity 2.3.0 is available for macOS and Windows, but not, technically, Linux.

This is because Audacity 2.3.0 for Linux is considered ‘experimental’ and unstable at present.

That said, if you want to, you can install or upgrade to Audacity 2.3.0 by making use of our good pal PandaJim’s Audacity PPA.

To add the Audacity PPA (which only contains Audacity, so nothing else will be upgraded or affected) to your Software Sources is by running this command in a new Terminal window:

Followed by the command to upgrade/install Audacity:

Audacity is also available from the Snapcraft Snap store and the Flathub Flatpak store. Alas, the new version is up on on Flathub. 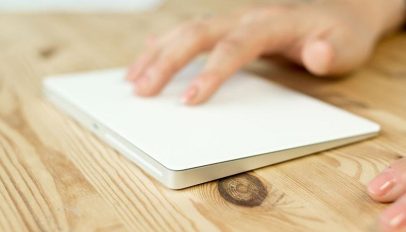