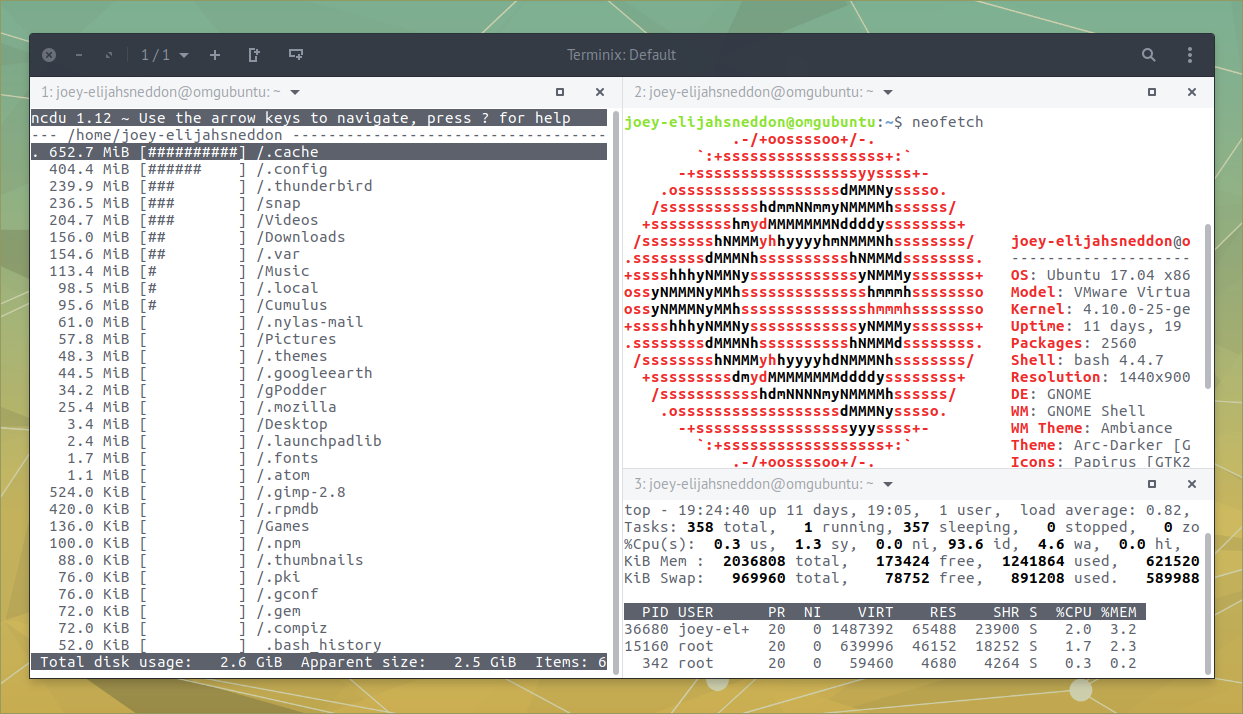 A brand new version of the Linux terminal emulator Tilix is available to download.

Now, chances are you already know about this app. It’s one of the most popular tiling terminal emulators available for Linux desktops. So good is it that some people think Tilix should be included as part of the GNOME core app suite!

Tilix is a tiling terminal emulator, meaning it can display more than one terminal in the same window at the same time

However, those among you less au fait with what Tilix is and does can be brought up to speed in our earlier article about Tilix, but to surmise:

Tilix is a tiling terminal emulator which uses the VTE GTK+ 3 widget library. It can display more than one terminal in the same window at the same time.

It also boasts a raft of features not found in other terminal clients, including the standard GNOME Terminal.

For its first release in almost 6 months, Tilix 1.8.7 ships with a number of small improvements, including:

This update also features a bunch of minor-sounding bug fixes that, as always, add up to a stabler, more reliable whole:

Older versions of Tilix can be installed in Ubuntu 18.04 LTS and up from the Ubuntu Software app — but to install the latest version of Tilix you’ll need to venture elsewhere.

How I Install Tilix on Ubuntu

Want to install Tilix in Ubuntu the old-fashioned way? This is my preferred method is to download the .zip file from the Tilix GitHub releases page:

To install Tilix on Ubuntu run these commands in the GNOME Terminal (or any other terminal emulator of your choice):

These commands will extract the zip and move everything to where it needs to be to work.

These commands also make sure Tilix is accessible from whichever application launcher your desktop set up uses, meaning you won’t have to issue a terminal command to launch it!

Tried Tilix? Be sure to let us (and everyone else) know what you think of it
You can file bugs against Tilix on Github
How To News terminal apps tilix