The name of Ubuntu 19.04 has been revealed — and it’s definitely a distinctive decision!

As listed on Launchpad, the home of Ubuntu development, the Ubuntu 19.04 name is logged as “Disco Dingo”.

Ubuntu 19.04 will be the next stable Ubuntu release and come backed by 9 months of updates. It’s due for release in April 2019.

Thus far there’s no alliteratively littered blogpost from Ubuntu’s space-faring founder Mark Shuttleworth, the sort that would cement the new name within our collective consciousness, but in many ways the name speaks for itself…

What’s in a name?

The codename of each Ubuntu release is traditionally made up of an adjective (a descriptive word) and an animal, both beginning with the same letter.

But that’s only partly true this time.

The word Disco is actually both a noun and a verb rather than adjective. A disco is a type of club or party at which people dance to music, often under lights (known as discotheques, then shortened to just ‘disco’).

A Dingo is a type of feral dog native to Australia and known for its sand-coloured coat. Dingos hunt alone or in cooperative packs. Inspired by the nature of the Dingo (which often sulks off when humans are around) the word has become informal Australian slang meaning ‘cowardly’, e.g., ‘he dingoed his way out of the date’.

Ubuntu 19.04 Disco Dingo is only the second Ubuntu release to use the letter ‘D’, following Ubuntu 6.06 “Dapper Drake”, released back in the land before time, aka 2006.

We asked you to try and guess the Ubuntu 19.04 codename last month and some of you came crazily close with several listing dingo, and a few using disco — alas, not together!

What do you think of the new name? Let us know!
Dev News disco dingo ubuntu 19.04 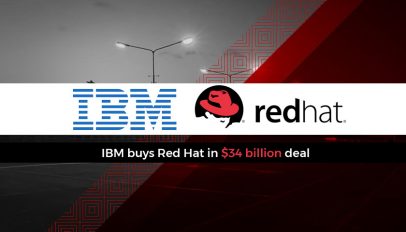