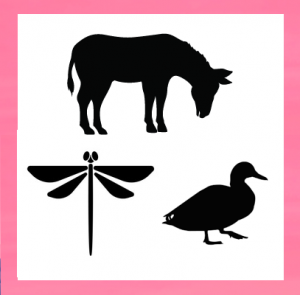 It’s that really fun part of the release cycle where we get you to try and guess the name of the next Ubuntu release!

it could, at this point, be literally anything — but what do think the codename of Ubuntu 19.04 will be?

Ten years on since Ubuntu 9.04 ‘Jaunty Jackalope’, the first release this site covered, plenty has changed.

But that particular release is so entrenched in muscle memory that even whiling typing this post I enter  9.04 instead of 19.04 — so if you see a lot of errant 1s in future posts, you’ll know why!

What’s in a codename?

Since the great codename reset of 2017 we’ve enjoyed releases named:

If the alphabetised tradition stays in use — and there’s little reason why it wouldn’t — then the Ubuntu 19.04 codename will likely start with:

Not for the first time, either.

Ubuntu 6.06 LTS ‘Dapper Drake’ was the first ‘D’ lettered Ubuntu release. ‘Dapper’ a word meaning to be ‘well dressed’, and a drake being the name given to an adult male duck.

Ironically, the duck was a rather fitting mascot for the first Ubuntu LTS as it quacked out of its original release date and arrive two months late! It remains only version of Ubuntu (to date) to be released late, having finally shipped in June 2006 rather than April (hence 6.06 and not 6.04).

Each Ubuntu codename is made up of an adjective and an animal.

Some positive attributes and adjectives that start with ‘D’ include:

And a list of animals that start with ‘D’ include:

Use the comment space below to share your best guess at the Ubuntu 19.04 codename and any poetic reasons why you think it’d fit.

There are no prizes if you guess right, but you will bag a lot of kudos and the right to wear a smug look for the entire release cycle!