Well, it just got easier to run Ubuntu on Windows 10 as a virtual machine — and it’s all thanks to Microsoft.

The Hyper-V gallery Ubuntu image lets Windows users get a full Ubuntu 18.04 desktop session set-up and running sooner, with fewer post-install steps required to make it usable — which has been something of a pain point until now! 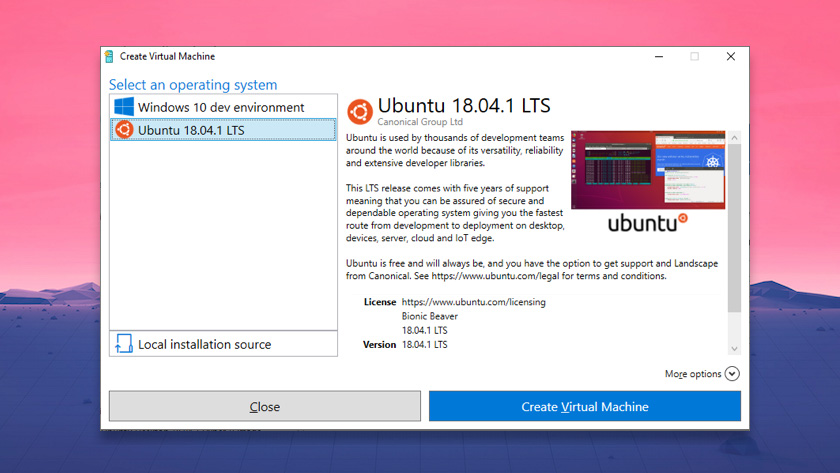 With only 3 mouse clicks, users can get an Ubuntu VM running on Windows 10

‘Enhanced Session Mode’ in Hyper-V is kind of like Guest Tools in VirtualBox in that, once enabled, you get better integration between host and guest, including:

An awful lot of Ubuntu users run Ubuntu on Windows using virtual machines. Microsoft is aware of that fact, hence the creation of the Windows Subsystem for Linux (WSL).

Aware that many developers and IT admins on Windows rely on virtual machines to run Linux on Windows, Microsoft decided to roll its sleeves up and work with upstream XRDP — an implementation of Microsoft’s RDP protocol for Linux — to iron out the kinks.

And the result is this news: the Ubuntu 18.04 Hyper-V image, which is arguably more flexible than WSL as it supports a full GUI session, has neat system integrations, and (of course) actually uses the Linux kernel!

“With only 3 mouse clicks, users will be able to get an Ubuntu VM running that offers clipboard functionality, drive redirection, and much more,” Microsoft boasts.

What is Hyper-V & How Do I Enable It?

Hyper-V is a native Windows hypervisor

Hyper-V is a native hypervisor (‘virtual machine’) feature available in Windows 10 Pro, Enterprise and Education editions, albeit as a hidden feature. It allows users to create virtual machines on 64-bit versions of Windows serve and desktop.

You can’t ‘download hyper-v’ to use on other versions of Windows 10, nor can you enable the feature on Windows 10 Home.

The feature is turned off by default. You can enable Hyper-V on Windows 10 Pro from the ‘Turn Windows Features on or off’ settings panel:

That’s it! The feature is now enabled, ready for you to use.

Why not just use VirtualBox?

Wondering if Hyper-V is better than VirtualBox, or what the benefits of each over the other are? It’s a reasonable question that has a somewhat fudged answer.

To be totally blunt: if you want to run a full Ubuntu desktop with acceptable graphics performance, driver emulation, working sound, access to USB devices, and more you should stick to VirtualBox, VMWare, and other VM software.

Hyper-V also relies on the Remote Desktop Protocol to display the virtual machine, whereas VirtualBox, VMWare and similar virtualisation software do not.

But if your needs are a little more simple, say, you only access to the core OS and packages, or a specific GUI app, command line, and so on, then this newly optimised version of Ubuntu 18.04 LTS is worth giving a spin.

Assuming you followed the steps to enable Hyper-V on Windows 10 (see above) you can go ahead and use it.

To install Ubuntu on Windows 10 using Hyper-V all you have to do is launch the Hyper-V Quick Create app from the Start Menu.

Select Ubuntu and click the “create virtual machine” button. Follow the on-screen steps to set up Ubuntu, add a user account, and set a display resolution: 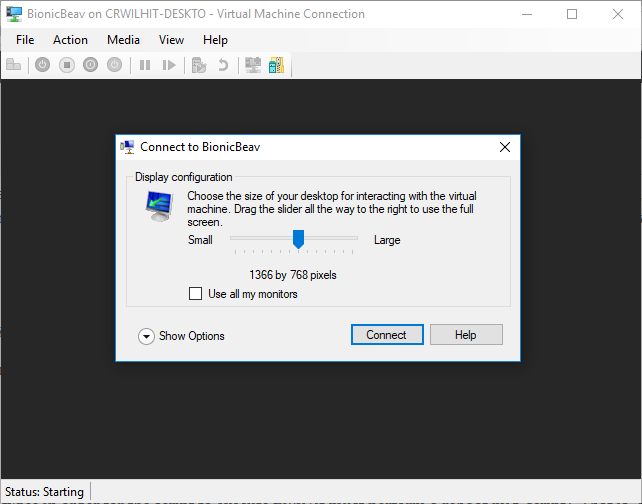 Once complete you’ll see an XRDP login prompt. Before you log in with the user account and password you chose during set-up you MUST make sure that Xorg is selected – Wayland is not supported!

After that, you’re good to go! 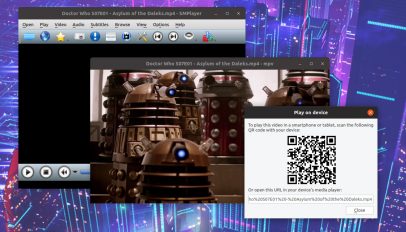