This second beta build of the Ubuntu-based Linux distribution touts a number of changes over the elementary OS june beta released back in July.

Due to the shifting sands on which Juno is built the elementary team advise those planning on testing the release to do so by making a fresh install rather than doing an upgrade from beta 1 or (worse) an older version of elementary OS.

Elementary OS Juno (which is also known as elementary OS 5.0, the team having amended its versioning scheme). It’s based on the latest Ubuntu 18.04 LTS stack, and includes Linux Kernel 4.15.

Although the stable elementary Juno release date is as yet unknown (the team take a ‘when it’s ready’ approach) you can install the elementary OS Juno beta for yourself, right now, using a virtual machine, or spare partition.

Changes new to beta 2 include a new look for folder icons, an improved workflow in the elementary Code app, and a redesigned Date & Time indicator.

Also new (and of particular interest to me, as someone who always ends up undersizing my install partitions) is the crop of new “Housekeeping” options located in Settings > Security & Privacy.

Using these options you can set up a custom schedule to whichold files, trashed files and/or temporary files are deleted.

A better look at those new “Manila” coloured folder icons:

Elementary would rather you did not download this beta

Elementary developers tend to …get a little antsy anytime that a blog (though mostly this blog, it seems) brings word that a new elementary os beta release is available for testing.

They say news coverage of beta releases (and thus potentially buggy code) “damages” their brand and “hurt[s] adoption and sales”.

This is an understandable opinion for them to have as the project stakeholders, albeit one I find unfortunate as a both a “purveyor of information” and as a (i’d like to think, fairly competent) Linux user.

Either way it’s probably better that I convey their aversion to non-technical users knowing or using what is (to their mind) a purely technical release as well as the news that it’s out!

So folks: if you do not plan to download and install the second elementary os Juno beta to a) hunt for bugs, b) help with QA, or c) test the distro’s various homegrown APIs, libraries and stylesheets with software that you develop then…

With all the caveats out of the way you can download elementary OS June beta 2 from the project webpage or by hitting one of the fancy-pants buttons below (unless you’re reading via AMP, in which case the very un-fancy hyperlinks below): 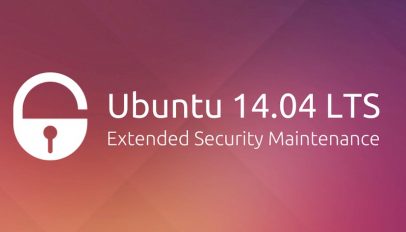