Barring an unexpected spurt of last-minute development (not to mention a feature freeze exception) it’s looking like Ubuntu 18.10 will ship with an older version of Nautilus.

Nautilus 3.26 is the last version of the file manager that supports desktop icons

April’s release of Ubuntu 18.04 LTS offered up the majority of GNOME 3.28 but devs chose to include Nautilus 3.26 rather than the newer v38 release. That made sense; it was an LTS release and v3.26 was the last version of the file manager to support desktop icons.

This time around Ubuntu 18.10 will offer up the majority of GNOME 3.30 but, where the file manager is considered, once again stick with Nautilus 3.26.

We speculated several months back that Ubuntu’s preference for keeping desktop icons around (a feature that newer version of Nautilus do not provide) would override the lure of sure-wrought ‘newness’.

But is this cautiousness strictly necessary?

GNOME’s decision to remove desktop icon support from Nautilus 3.28 was both contentious and controversial (though it’s important to remember that the change wasn’t made idly or without reason).

Aware of just how popular icons on the desktop are, Red Hat’s Carlos Soriano has been working on a desktop icons extension for GNOME Shell. His replacement, which is part compromise and part improvement, recently hit beta.

Cosmic by name, but cautious by nature; Ubuntu devs are opting to maintain the desktop workflow Ubuntu users are used to.

Even so, as understandable as sticking with Nautilus 3.26 is, there’s no denying that the decision is a bit a shame.

New Nautilus Features We Miss Out On

Fantastic work has been done on the Nautilus file manager over the past two development cycles, work that Ubuntu users are once again set to miss out on.

We spotlighted 5 major improvements in Nautilus 3.30 recently, like its slick new breadcrumb bar (see image above), improved icons resizing logic, and faster file search. Those great tweaks sit on top of features like file favouriting, which was introduced in Nautilus 3.28.

While few (if any) of those features will be back ported to 3.26, there is an alternative.

It should be possible to install Nautilus 3.30 on Ubuntu 18.10 as a Flatpak app via the GNOME Repo. This will allow you to use the latest version of the file manager alongside the regular repo version, i.e. without replacing it.

Admittedly the Nautilus Flatpak build won’t be as tightly integrated to the Ubuntu desktop as the distro’s stock version, but it will allow you to manage your files and folders, experience the new UI, and so on.

Home » Dev » Ubuntu 18.10 Will Ship with an Older Version of Nautilus 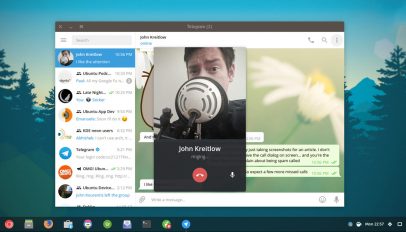