A $99 laptop that can run KDE Neon and the full Plasma desktop? I’m intrigued!

But that’s exactly what KDE Neon’s Jonathan Riddell has shared word of on his blog, highlighting a new collaborative version of the distro designed for the Pinebook ARM laptop.

“Blue Systems has worked together with the manufacturer of the Pinebook to create a showcase test image that runs well on these devices,” he writes.

“The team has adapted KDE neon and created a bootable and installable remixed live image that works on the Pinebook. Developers have also fixed many bugs – both minor and major – across the whole software stack, kernel, graphics drivers, Qt, packaging, and in KDE Frameworks and Plasma.”

It runs an older version of the Linux kernel, specifically Linux kernel 3.10.105-bsp-1.2, but adds a number of modules and extras to support the Pinebook’s hardware. 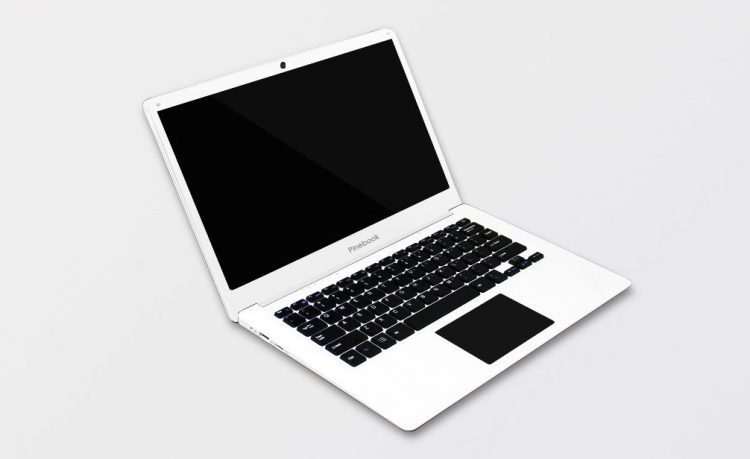 What the Pinebook ARM laptop lacks in specs and in build quality it makes up for in availability and affordability.

The Pinebook is supplied in 2 models, both cost $99, and both boast the same internal specs. The chief differentiator between them is screen size: one has a 14-inch TN LCD, the other an 11.2-inch IPS LCD panel. Both screens use a 1366×768 resolution.

A modest 2GB of RAM comes (soldered) as standard, there’s 16GB eMMC storage (upgradeable) for files and the OS, plus 2x USB 2.0 port, integrated webcam and speakers, micro-SD card slot, and a mini HDMI out port.

Connectivity is provided by a Realtek RTL8723CS, which supplies both Wi-Fi and Bluetooth, and a 1000mAh battery is included.

Be clear though: this is not a productivity laptop. It’s barely able to function as a ‘couch surfing’ laptop (Hackaday posted a hands-on review of the Pinebook last year. It’s a great read and doesn’t pull any punches).

Given the low power, low end specs you won’t be surprised to hear that the device struggles to run heavy Linux desktop environments like Unity and GNOME Shell. It also has issues with Ubuntu MATE, often touted as a ‘lighter’ alternative.

So how well does the Pinebook run KDE Neon and Plasma? Sadly I don’t have a Pinebook to find out, and there are (currently) no youtube demos or reviews.

But this remix must be work well enough for KDE Neon devs to want to promote the effort.

And let’s be clear: the “performance improvements” each Plasma release touts clearly aren’t hyperbole or fiction — the fact that the full kit and caboodle Plasma desktop can run on something as lowly as the Pinebook proves that.

You can learn more about the Pinebook laptop over on the Pine64 website, linked below.

If you already own a Pinebook — and I know many of you do — and you want to sample the KDE Neon Remix first hand, just head over to the relevant Pine64 forum thread or grab an install image form the Neon server: