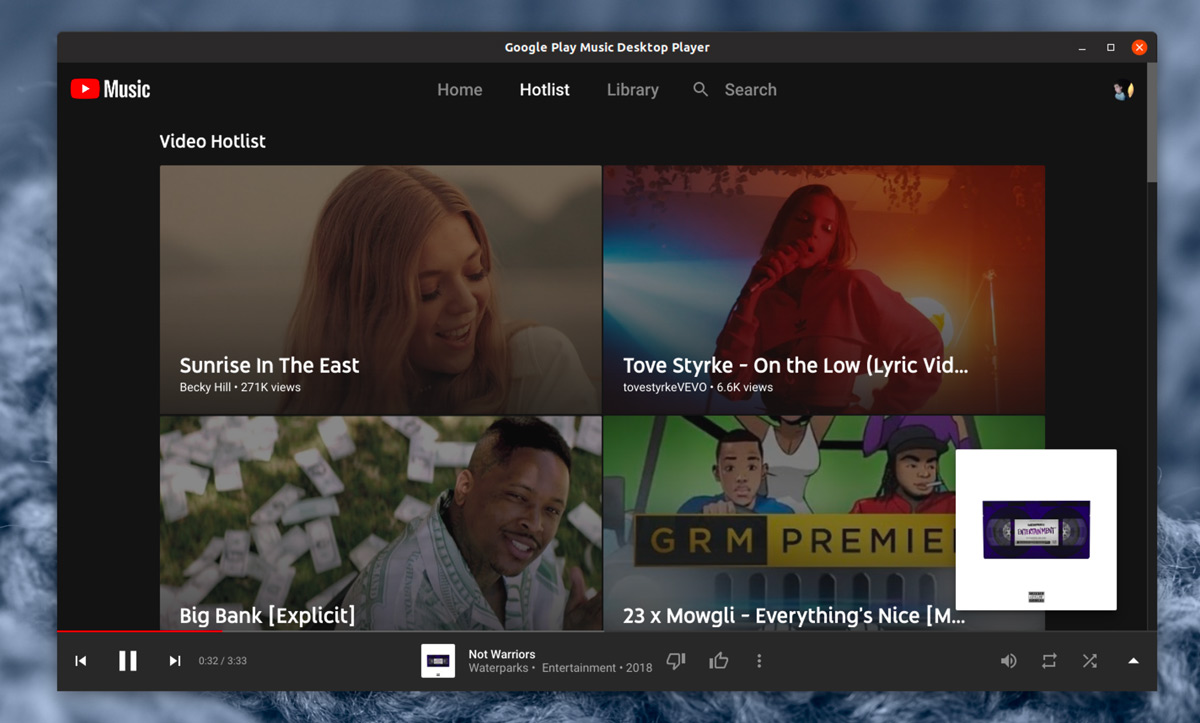 You might have heard about YouTube Music, Google’s latest effort at creating a music streaming service able to rival Spotify and Apple Music.

But there’s a flaw: Google don’t provide a YouTube Music app for the desktop, not on Windows, not on macOS and not on Linux — something that its bigger, badder, and far better-known competitors do.

Google Play Music Desktop Player (herein referred to as ‘GPMDP’ because my fingers ache typing it out in full) is an unofficial desktop client for Google Play Music built using Electron (don’t groan).

The app is both open source and wildly popular. It has been downloaded over over 3 million downloads since launching a few years back.

GPMDP has had over 3 million downloads since launch

GPMDP also boasts of being more “resource efficient” than running Google Play Music in a regular browser tab (though being an Electron app it’s not going to be super lightweight).

It’s fully customizable, supports last.fm scrobbling (always a win with me) and apparently features a built-in equalizer for fidelity fans to fine-tune (though I haven’t found it).

Naturally you do need a Google account to use the player (and have some tracks uploaded to your online library to use the Google Play Music side).

And the latest version adds support for YouTube Music. 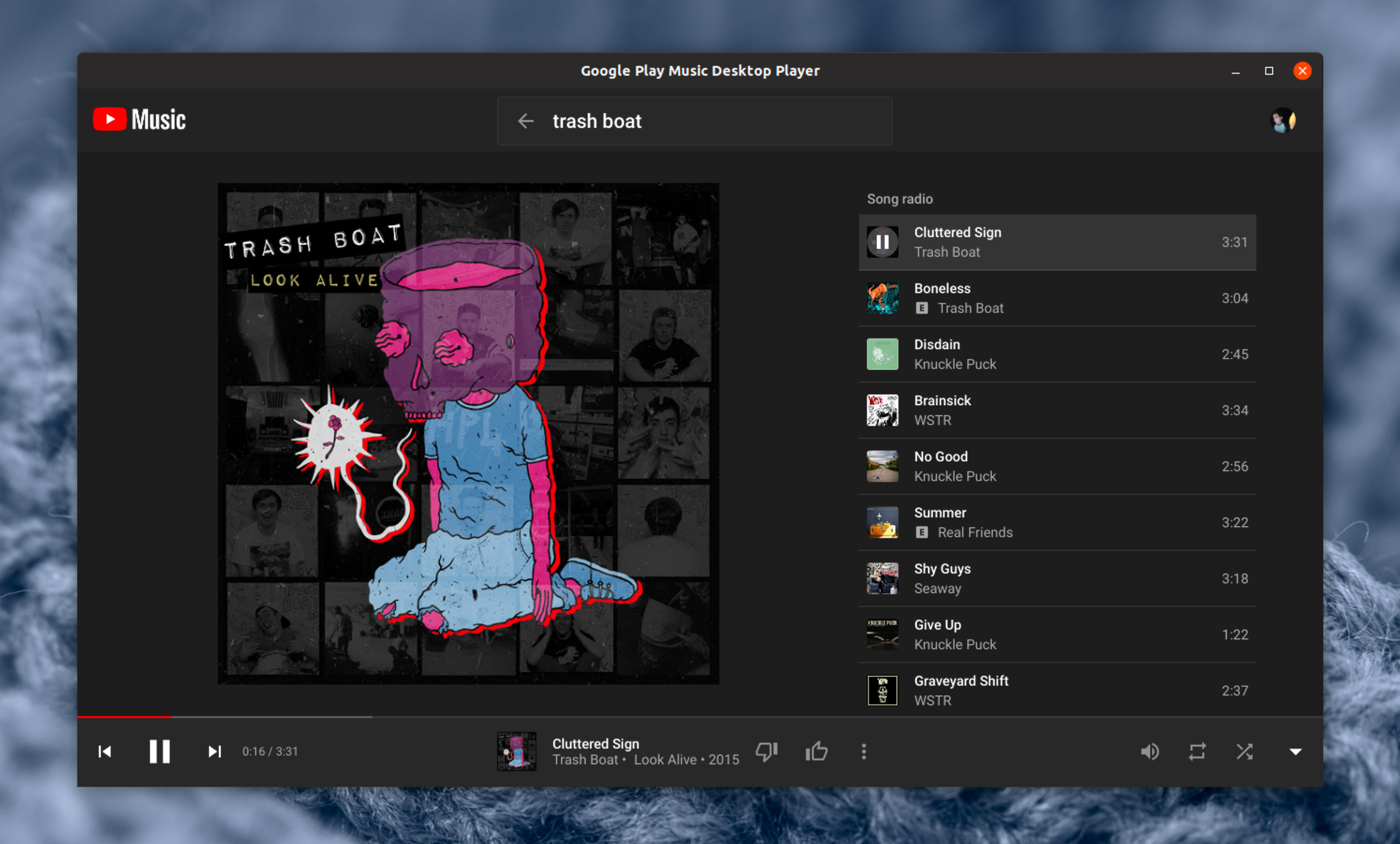 Google is busy promoting YouTube Music as its go-to audio offering and I get that, like regular YouTube, the “supposed” way to use it on the desktop is through my browser.

If you want to enjoy Google’s streaming service without being stuck inside a browser, you should check this app out

I honestly do get that.

But call me old — hey, I am — but I like to listen to music the old school way, i.e. in an application window I can manage using my OS, playback I control with my keyboard’s media keys or desktop sound applet, see media-rich track change notifications, and so on.

Which is why the developer of GPMDP is being really smart; he’s scratching an itch many are irritated by.

If you want to enjoy Google’s streaming service without being stuck inside a browser, you should certainly check it out.

Google Play Music Desktop Player, version 4.6.0 adds initial support for YouTube Music (though as explained in the release announcement, emphasis is very much on the ‘initial’ here).

By selecting the YouTube Music backend from the tray menu you, I and anyone else who wants to can listen to music on YouTube without being stuck inside a browser, and benefit from desktop integration, including notifications and sound menu support:

Although there are some limitations with the YouTube backend (like no theme support or mini-player) the integration works well enough.

The update also features a bump to the Electron framework, as well as various minor miscellaneous bug fixes.

You can download the latest version of the unwieldy-named GPMDP direct from Github, where it’s available for Windows, macOS and Linux systems:

Google Play Music Desktop Player is also available to install from Flathub, the Flatpak app store — though, as of writing, the latest version has not been uploaded:

I use the app on Ubuntu 18.04 LTS and, I have to say, it works pretty well. Although I prefer Spotify this app was easy to install and launch, and easy to get set-up. After selecting the YouTube backend from the system tray area icon I was streaming my favourite artists on YouTube within seconds, and fully able to control media playback with my keyboard.

In all, the app is impressive (especially on the Play Music side). I look forward to support for advanced features, like customisation, being added to the YouTube backend.