Linux Mint has announced a new version of its popular mini desktop PC, the MintBox Mini.

The MintBox Mini 2 is the 4th generation of the MintBox product line and comes with latest Linux Mint 19 release pre-installed.

Linux Mint and PC maker Compulab have worked together on these range of fanless miniature PCs since 2012, when the first Linux Mint PC went on sale.

For every MBM2 sold Compulab donates 5% of the price to the Linux Mint project.

MintBox Mini 2: Everything You Need to Know

The MintBox Mini 2 (MBM2) is a small, energy-efficient and fanless PC that’s perfect for using as a desktop machine or personal server.

“MBM2 is a fantastic unit. It’s tiny, silent and full of connectivity. It’s a real treat for us to run our operating system on such a cute little box,” says Mint Project lead Clement Lefebvre.

Design wise MintBox Mini 2 looks incredibly unique thanks to an all-metal enclosure that doubles up as a heat sink (or “convection cooling system” to quote the specs sheet).

If I had to describe the look of the MBM2 it’d be a cross between a high-end dual-band router and a cast-iron Victorian radiator. This description is by no means a bad thing; the heavy dose of industrial chic lends the machine a premium look when compared to the similarly priced plastic-fantastic Intel NUCs.

Two versions of the MintBox Mini 2 are available: a base model with 4GB RAM and a “pro” model with 8GB RAM

The MintBox Mini is small for sure, but it shouldn’t be overlooked.

Compulab and Mint have developed two versions of the MintBox Mini 2: a base model and a “pro” model.

Memory wise the base model comes with 4GB RAM out of the box while the Pro edition ships with a more reasonable 8GB. The MBM2 has a solitary SO-DIMM slot for RAM expansion that supports a maximum of 16GB RAM, so there is some upgrade capacity available.

Linux Mint 19 “Tara” comes pre-installed but you’re free to replace this with a different Linux distribution, Windows 10, or a BSD flavour as both the microSD slot and the USB slots are “bootable” in the BIOS.

A 5 year warranty is provided by Compulab for each Mi

The minty-fresh machines are set to roll up on Amazon in the US and in Europe sometime August, so if you’re fuss about your international purchases, it may be worth waiting.

But what about price; how much does the MintBox Mini 2 cost?

The bump in RAM and storage space costs you an extra $50 but is, in my opinion, worth it.

Will you be buying one? Do you own an earlier model? Share your thoughts below!
Hardware compulab Linux Mint Linux Mint 19 mintbox mintbox mini 2 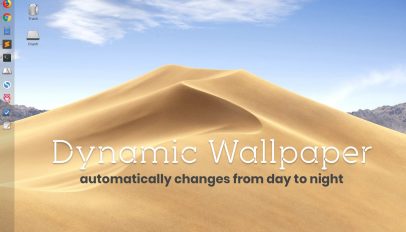