But what is this extension, and why might it benefit Ubuntu desktop users?

GSconnect is a complete KDE Connect protocol implementation written in JavaScript. It integrates with GNOME Shell and (optionally) the Nautilus file manager and the Firefox and Google Chrome web browsers.

Using Gsconnect your Android phone and your Ubuntu PC can “talk” to each other to, among other things: transfer files, mount your phone wirelessly, show Android notifications on the desktop, and much, much more.

Unlike using KDE Connect, which you can install a non-KDE desktops like GNOME Shell, GSconnect doesn’t require you to install any KDE or Qt dependencies, nor does it require an additional indicator applet to be installed (as was the case in Unity).

All you need to connect your Android phone to the Ubuntu desktop is 1) the GSconnect GNOME Shell extension and 2) the KDE Connect Android app installed on a compatible device.

GSconnect in Ubuntu 18.10 by Default

For its possible inclusion in Ubuntu 18.10 Ubuntu’s Will Cooke wants to maintain the extension upstream in a similar way to the Dash to Dock extension, i.e. upstream.

This move would allow the feature to gain a more descriptive name (like ‘Phone Integration’), benefit from Ubuntu-specific polish, fixes and integrations, and help encourage development contributions from the Ubuntu community.

Andy Holmes, the GSconnect developer, says he’s firmly in favour of Ubuntu shipping his work by default, describing the idea in an email to Will Cooke as “great”.

I’ve actually been working (albeit very glacially) on a post about GSconnect for the past month or so. The idea was to publish it on the day our new site design goes live. Frustratingly for me this suggestion by Canonical has interrupted my proper introduction to the tool  — but hey, these things happen!

Tempted to help kick the tyres of this mobile integration malarky before October?

Well you can, and below we show you how.

1. Install GSconnect on your desktop

Open to the GSconnect page on GNOME Extensions website in either Google Chrome or Firefox web browser:

Link to GSconnect on GNOME Extensions

Note: If you have not previously enabled support for GNOME Extensions you will need to do so first. Just install the following package, which provides the necessary integration for web browsers (despite the name it works with Firefox), and then load the page above.

2. Install KDE Connect on your Phone

Next, install the KDE Connect Android app on a compatible Android phone, tablet, or Chromebook. KDE Connect for Android is available on F-Droid and from the Google Play Store:

With both requirements met you can go ahead and pair you devices!

Make sure that the Android device you’re using and your Ubuntu Linux PC are on the same network, then:

Note: It is important that you send a pair request from your phone to Ubuntu, not the other way around.

Not all features of Gsconnect are available at first. You will need to dive in and configure or set-up some of the integrations you want to use manually via the ‘plugins’ page of the KDE Connect Android app and/or the ‘mobile settings’ panel of GSconnect on your desktop.

For instance, to see your mobile device(s) in their own panel menu switch on the ‘indicator’ mode in GSconnect  > Mobile Settings > Preferences. 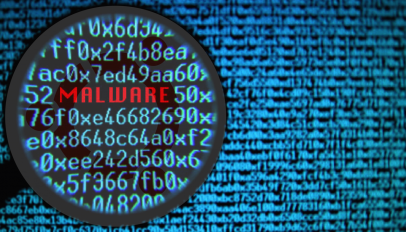 Malware Found on the Ubuntu Snap Store
Read Next