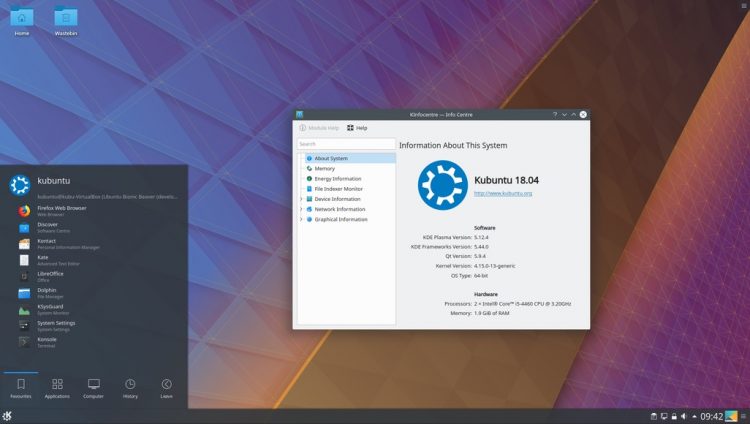 If you were planning to grab a Kubuntu 18.10 32-bit download this October you will want to look away now.

Kubuntu has confirmed plans to join the rest of the Ubuntu flavour family and drop 32-bit installer images going forward.

This means there will be no 32-bit Kubuntu 18.10 disc image available to download later this year.

“Kubuntu Devels want Kubuntu to stop issuing i386 images. Therefore, we are going to do that […] the decision has been taken, and we’ll be moving ahead to 18.10 without i386.”

Is this a complete surprise?

If you’re up to speed on your Ubuntu news that you’ll know that the regular version of Ubuntu dropped 32-bit install images back in 2017.

And, as we reported last month, both Ubuntu MATE and Ubuntu Budgie will drop 32-bit ISOs ahead of their respective 18.10 releases too.

Clearly Kubuntu is in good company.

But why are so many Ubuntu flavors dropping support for 32-bit (aka i386) installer images (aka ISOs)?

Each of these images needs to be developed, checked and built, and then those images need to undergo quality control, automated testing, manual testing, and so on.

For comparatively small projects like Linux distros the effort it takes to maintain builds for niche hardware more often than not outweighs the benefits of doing so. It’s for this reason that PPC (PowerPC) support was phased out in the past, and it’s for this reason why 32-bit support is being phased out now.

Those of you who rely on 32-bit builds do not need to panic! A slew of options remain available, including for the KDE-loving Kubuntu community.

Kubuntu 18.04 LTS is available as a 32-bit version. This has 3 years of ongoing support and updates for core apps, including Mozilla Firefox.

This is the case for other Ubuntu flavours too, including Ubuntu MATE.

It will also be possible to upgrade to Kubuntu 18.10 from an earlier release using the command line as all of the relevant packages are still available as 32-bit packages…

Kubuntu concludes its mailing list address with a small proviso that 32-bit advocates will want to heed, with the team noting they think “the clock is ticking for [32-bit packages in the archives]” too.

Do you still use 32-bit installers? Do you know someone who does? Will this decision have a big impact on you? Let us know your thoughts in the comments section we’ve carved out below.