With such solid support it is the ideal release to install or start out with if you’re new to Linux, loathe upgrading, or simply like stability. Equally, it’s becomes the go-to release for those of you who like to run the latest and greatest that open source software has to offer.

But there are also reasons why you may not want to upgrade yet — or ever! You may deeply love the Unity desktop experience of 16.04 LTS, require software not yet compatible with the new Ubuntu release or Linux kernel 4.15, or have decided to hop, skip and jump to a new OS entirely.

Whatever your reasons may be we want to know if you plan to upgrade to Ubuntu 18.04 LTS — be it on release day, later in the year, or flat-out never, no-way, not at all, nah-nah-nah-nah-nah!

Vote In Our Poll

By now the majority of you will have a good idea of “what’s new in Ubuntu 18.04” (and if you don’t we’ll bring you fully up to speed on next week).

So if you plan to take upgrade next Thursday, plan to hold off for a bit while early bugs get ironed out, or plan to skip the release entirely, let us know by voting in our poll.

If you already run Ubuntu 18.04 daily builds or beta then you can vote as “planning” to upgrade (as you already made the decision to install it). 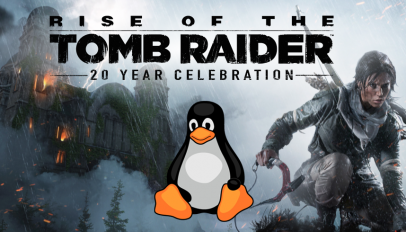 Rise of the Tomb Raider Linux System Requirements
Read Next