If you plan on renting a copy of Maze Runner: The Death Cure when it hits home media later this month, you may spot something familiar that’ll have you spitting your popcorn out.

An eagle-eyed Reddit user spotted Ubuntu, complete with the Unity desktop, being used in the latest instalment of the Maze Runner film franchise.

I have not seen any of the Maze Runner films (or read the books, but I can’t imagine Ubuntu is specified in them) so I’ve zero idea about the context for Ubuntu’s appearance in ‘Maze Runner: The Death Cure‘.

But based on the well-worn Hollywood tropes we can see in this screenshot, i.e the green-tinged screen and various command line prompts, I’m guessing some sort of “hacking” is taking place.

Admittedly we’re not talking high-level, elite hack0rz here though as if you look at the output of GNOME terminal closely you’ll see the user has just run sudo apt upgrade.

For a a film set far into the future the in-world characters certainly take the Ubuntu Long Term Support release well and truly literally. Perhaps the Unity desktop still has a die-hard band of holdouts and followers in the year 2231.

Ubuntu’s switch to GNOME Shell desktop could, in theory, make spotting its use “in the wild”, particularly in TV shows and movies like this, a little more difficult. 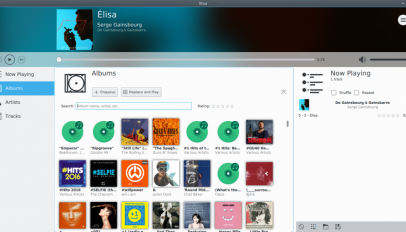