A new version of the Firefox web browser is available to download.

Firefox 59 is something of a modest update compared to the whizz-bang change-logs of the past few releases.

But, even, there are still some notable changes on offer here, including enhanced privacy controls.

The unified search bar now shows search suggestions ahead of browsing history results by default. A helpful tweak for most, but it won’t suit everyone. This behaviour can be reversed through a new option added to the Firefox Preferences section.

Firefox 59 adds basic support for decentralised internet protocols, specifically DAT, IPFS and Secure Scuttlebutt.  These alternatives to the standard client-server internet model are listed as valid protocols, but users will need to use third-party extensions to actually use them.

Another new setting allows you to block websites from asking you to enable push notifications or nag for access to your web camera, microphone, location, and more.

This has the potential to break functionality with some sites you may need to use in future (so Firefox also allows you to “trust” websites to use these features) but will, I’ve no doubt, help reduce the collective blood pressure of the internet’s easily riled!

If you’re a regular user of the Firefox Private Browsing mode you’ll be relieved to hear that (potentially private) data sent as part of “referrer values” is now stripped out by default.

Performance enhancements to the Firefox Home page mean it should now load quicker than before. The speed up comes by leveraging cache files.

The built-in Firefox screenshot tool lets you copy an image to the clipboard, ready for you to paste elsehwhere.

Additionally, though not specific to Firefox 59 per se, you can now edit Firefox screenshots uploaded to Mozilla servers. After taking a snap just click the ‘pen’ icon in the preview to access a small set of annotation tools.

Do check over the Firefox 59 release notes for more details as well as links to further information.

Ubuntu users will receive an update to Firefox 59 automatically, through the Software Updater mechanism. Don’t expect to get it right away; it takes a few days for packages to be created, tested and uploaded.

If you’re impatient, or running a different operating system, you can download Firefox 59 right now from the Mozilla website.

Home » Apps » Firefox 59 released, these are the key changes 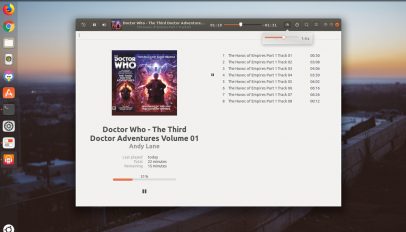