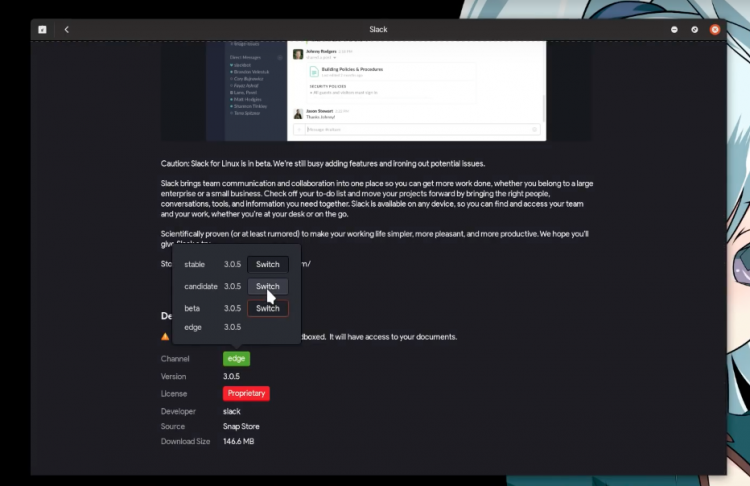 The Bionic Beaver comes with a neat new trick for fans of Snap apps: the ability to switch channels.

No, not TV channels, or the sort the that ferries goods between countries, but development channels, e.g, beta, bleeding edge, stable, etc.

Snap developers are able to distribute different versions of their app over “channels”, and have for almost as long as Snappy has been around in fact.

This is why, sometimes, when we mention that an app is available for testing we show you a command like this:

Terminal commands are a little arcane though.

So I’m stoked to hear that using Snap channels on Ubuntu is about to get a whole lot easier.

Alex over at WOGUE noticed that the latest version of Ubuntu Software in the Bionic Beaver daily builds offers the ability to switch/select Snap channels through a GUI:

AFAIk you can’t have multiple channels of an app installed at the same time (again, analogous to Google Chrome) but you can switch between ad-hoc.

So if try the –edge channel of a Snap app and decide it’s too rough you can gracefully, with a click, downgrade to more reliable version on the –beta or –stable channel (where available). 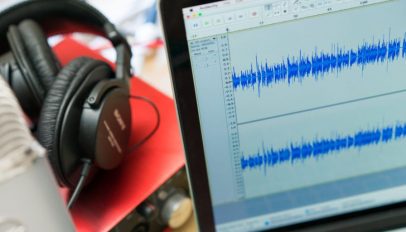 Audacity 2.2.2 Released with a Stack of New Features & Improvements
Read Next