If you plan to install Ubuntu 18.04 this April keep an eye out for a brand new option in the installer.

Why? Because a ‘minimal install’ checkbox is being added to Ubiquity, the Ubuntu installer.

Its addition means that during the set-up of the ‘Bionic Beaver’ you’ll be able to choose whether you want a full-fat Ubuntu install, or a semi-skim version.

Ubuntu Minimal Install — What Does It Do?

If you’re reading this post on Ubuntu then it’s probable that you’ve used Ubiquity before.

you’ll be able to choose whether you want a full-fat Ubuntu install, or a semi-skim version

The new “minimal install” option appears in section of the installer that asks whether you want to install restricted codecs to enable multimedia playback alongside the main desktop.

Check the Minimal Install box to get exactly that: a minimal Ubuntu install containing a desktop environment, a web browser, some core system tools, and little else.

Naturally most people who install Ubuntu will not want to opt-in to this.

Leave the option unticked to get the real deal: a full-fat Ubuntu 18.04 desktop pre-loaded with LibreOffice, Shotwell, Transmission, Thunderbird and so on.

The new option is entirely opt-in, so if you enjoy the full-fat desktop experience with productivity software, media players, and other apps you’ve nothing to fear by this news.

The Ubuntu minimal install option is called “minimal” because —shock— it has fewer Ubuntu packages preinstalled by default.

‘You get a minimal Ubuntu desktop with a web browser, core system tools, and nothing else!’

It removes around 80 packages (and related cruft) from the default install, including:

If one of the very first things you do after each free install of Ubuntu is to uninstall a stack of pre-installed software, the new option will prove useful as it effectively strips a standard Ubuntu install of “recommends” software, e.g., games, office apps, photo managers, media players, etc.

Alternatively, opt for the minimal install if you wish to save you some disk space.

A standard Ubuntu install with all bells, whistles and apps included weighs in at just over 4GB. The stripped-back, semi-skim minimal option is a tad lighter at 3.5 GB.

Although a “new” feature in the installer Canonical developers say it’s simple a ‘temporary solution’, solely for 18.04 LTS. The long-term aim is to move from Ubiquity to Subiquity, and use livefs mounts to provide similar functionality.

Not a replacement for the Ubuntu Mini ISO

I should stress that this option appears to be entirely separate from, and offered in addition to, the Ubuntu minimal ISO that (will presumably) be available to download. The Ubuntu minimal ISO is a super-pared back image that only has a handful of core packages by default. The rest you add yourself via the command line. 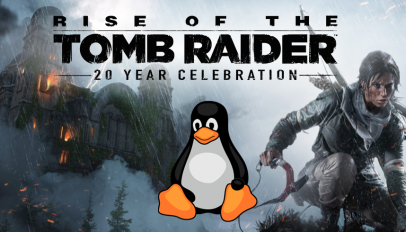 Rise of the Tomb Raider Is Coming to Linux
Read Next