A Rise of the Tomb Raider Linux release has been officially confirmed.

Game porting powerhouse Feral Interactive announced via a tweet that it is behind ports of the action-adventure title for both macOS and Linux.

The second entry in the rebooted Tomb Raider franchise, Rise of the Tomb Raider follows up on the events of Tomb Raider (2013), which was released on macOS and Linux in 2016.

Acclaimed upon its release (it has an average Metecritic score of 86/100) Rise of the Tomb Raider has sold almost 7 million copies — a figure that could rise a little but when it makes its debut on macOS and Linux.

While ‘Rise’ isn’t a ‘new’ game’ as such — the title was first released for Xbox One and Xbox 360 in 2015, before arriving on Windows via Steam in 2016 — its late arrival on on Linux and macOS has a benefit: we get all Rise of the Tomb Raider DLC content bundled in!

This includes support for co-operative multiplayer support in the Endurance gameplay mode.

Feral’s mini-site for the the game mentions that it make use of Metal on macOS and Vulkan on Linux to deliver “spectacular” graphics.

No firm date for the Rise of the Tomb Raider Linux release is yet known, though Feral say it is coming “this spring”. We will, of course, keep you updated as/if/when we hear of one.

If you want to learn more about the game, its features, and so on you can check it out on Steam:

Rise of the Tomb Raider on Steam

Home » Gaming » Rise of the Tomb Raider Is Coming to Linux 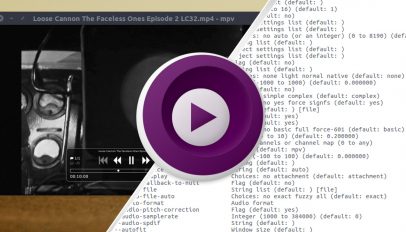 MPV, the Command Line Video Player, May Add a GUI
Read Next