Remember that big Unity desktop update we reported on at the end of last year?

Well, it just landed in the update queue for Ubuntu 16.04 LTS.

The Unity 7.4.5 update isn’t big on new features but it is big on bug fixes and general all-round improvements.

While our original article on the update gives a more rounded overview of the changes on offer in this update, they can be summarised neatly:

Unity gained a low graphics mode option a few years back. When enabled it disabled advanced window animations, Dash blur effects, and so on.

As well as disabling a couple of extra effects, the way you enable low graphics mode on Ubuntu changes with this Unity update.

Rather than use the CompizConfig Settings Manager (CCSM) app like before you now need to tweak a gsettings value.

Run the following command from the Terminal to enable low graphic mode in Unity 7.4.5:

To undo/disable low graphics mode in Unity 7.4.5 run this command:

Canonical added a low graphic mode option in the System Settings app in later versions of Unity, however feature doesn’t feature as part of this update.

You can view the raw change log if you want to cast an eye over every change, period and tilde involved. 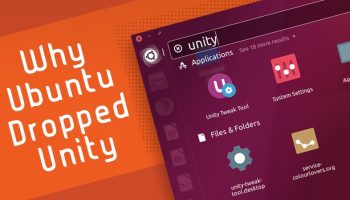 The update has begun rolling through the normal software channels but it may not be available to everyone right away.

To see if the update is available for you:

As the Unity desktop is a Compiz plugin you’ll will also find updates to other Unity desktop components, including Compiz and Nux, listed.

If you’re running a later version of Ubuntu with the Unity desktop you already have the bulk of the changes in this update as they’re either cherry picked from later releases, or are specific fixes for the Xenial Xerus.

Once you’ve had a chance to install the update and kick the tyres on it do pop back and share your thoughts on it in the comments below.

OstroLk I don't "need" to believe in anything. The US monopoly…
CuteFish Linux Desktop Environment Looks like JingOS Married macOS