Dell has pulled the nice smelling shrink-wrap off a brand new version of its XPS 13 laptop — and it looks like one heck of an upgrade!

‘The world’s smallest 13″ laptop just got even smaller’

The laptop, which is hugely popular with developers, is 30% thinner than earlier models, as well as lighter, yet manages to boast better performance, longer battery life, and feature a brilliant 4K display.

Dell has even used a brand new material in the construction of the laptop to make it stronger and run cooler.

Interested to learn more? Read on for everything you need to know about the updated Dell XPS 13 (2018), including its key specs, release date and pricing.

Forget the Apple Macbook Pro, or whatever Clevo model System76 is selling this week, I reckon this could be the ultimate Linux laptop.

I mean, just look at it. The new Dell XPS 13 is so sexy looking it should come with an NSFW warning!

Design wise the new look ticks all of my boxes:

Oh, and when we call this the ‘new’ XPS 13 we really do mean new: new design, new materials, new color option, new …everything!

What’s crazy is that Dell has made the worlds smallest 13.3-inch laptop even smaller without affecting performance, battery life or durability.

The updated design is said to be 30% thinner than earlier models, as well as lighter.

Plus the new XPS 13 is available in a new rose gold and white color option.

Not just any sort of white either, but an “alpine white” color that is literally woven in to the material, which is layered for strength and durability. Dell says the material won’t mark, won’t yellow, and even helps the device to run cooler.

One interesting fact: the backlit keyboard on the rose gold/white version glows blue instead of white because white-on-white isn’t particularly usable.

The laptop comes powered by the latest 8th gen Intel chipsets. Dell says these are able to deliver up to 2x the performance of the XPS 13 2015 — and after recent news about Intel processors, we’ll probably need every Mhz we can get!

You can configure the notebook with up to 16GB of DDR4 RAM before purchase — and you will want to do that as the RAM is not user-upgradeable.

Those using Windows 10 on the notebook can expect up to 20 hour battery life on the new XPS 13 with FHD display, or 11 hours of battery life with the 4K model.

No regular USB port, no HDMI port, no ethernet. Not even a proprietary power port (not that anyone wants one).

The power button doubles up as a fingerprint reader, but this feature does not with Ubuntu (or other Linux distributions).

The placement of the webcam is a little odd: central, at the bottom of the display. That’s going to result in a few misconstrued Skype chats, I can tell you! The webcam is also an infrared camera, allowing Windows users to take advantage of new-fangled face login nonsense (as far as I’m aware, Ubuntu doesn’t support this).

Naturally a premium laptop like this comes with premium price attached. But, all things considered, I reckon it remains competitive enough against other high-end notebooks, particularly those from fruit-based vendors.

‘The Ubuntu model is $50 cheaper than the Windows 10 version’

Dell has sold tens of millions of dollars’ worth of these Linux laptops and, honestly, based on this spec sheet, it’s going to sell million of dollars more.

In the UK the cheapest model with Ubuntu starts at £1,299 (but is of a better spec than the entry-level US version) including VAT and delivery.

The new Dell XPS 13 is available to order from today on Dell.com in the US, Canada and Europe. 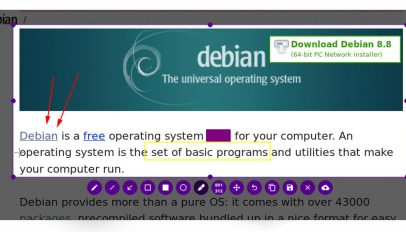