It just got easier to Slack on Ubuntu and other Linux distributions, without needing to download installers or run commands.

The real-time chat and collaboration app, which is popular with major companies all around the world, is now available as a Snap app from the Snapcraft Store on all Linux distros that support it.

Wikipedia describes Slack as “…a cloud-based set of proprietary team collaboration tools and services”, a description that makes the platform sound painfully dull.

It’s anything but; Slack is vibrant, dynamic, and fast paced. Scores of well-known companies, teams, and creatives use it, as do many open source projects.

It’s sort of like e-mail mashed with IRC and WhatsApp. It lets distributed teams of all shades keep in touch and on top of what each other is up to, using text, emoji, hashtags, files and more in real-time.

One of the most compelling features of Slack is that every message and bit of communication is archived for future searching.

Companies get to create their own ‘slack’ space, and create separate ‘channels’ for discussion and oversight of specific topics, and so on. Third party apps bring integration with external productivity services like Dropbox, Github, Twitter, Gmail and more.

“Slack is helping to transform the modern workplace, and we’re thrilled to welcome them to the snaps ecosystem”, said Jamie Bennett, VP of Engineering, Devices & IoT at Canonical.

“Today’s announcement is yet another example of putting the Linux user first – Slack’s developers will now be to push out the latest features straight to the user. By prioritising usability, and with the popularity of open source continuing to grow, the number of snaps is only set to rise in 2018.”

Slack isn’t new to Ubuntu per se (it’s been available for Linux for a while) but you’ve needed to head out and download a package from the web and then install it manually.

But now an official Slack Snap app is available on the Ubuntu Store, meaning it’s deliciously simple to install the app on Ubuntu and (in theory) a slate of other Linux distributions too.

Slack is not open-source software and is not, by default, included in the Ubuntu repositories — but it is available on the Snap store.

To install Slack on Ubuntu 18.04 LTS or later using the Snap package just pop open the Ubuntu Software app and search for the app by name, or press this button:

If you prefer to install apps using the command line, or you’re using a Linux distro other than Ubuntu, you can run this command:

Whichever way you choose, that’s pretty much all there is to do. Once the package is downloaded, unpacked, and installed you can open Slack using your preferred app menu or application launcher.

Follow the on screen prompts to get set-up and join any Slack workspaces available to you.

Don’t want to use the Snap package? You can download Slack for Linux from the Slack website, with separate installers offered for Ubuntu and Fedora:

For the best Ubuntu experience on the Unity desktop you may want to consider using a third-party or unofficial Slack app.

Scudcloud is especially popular with users of Ubuntu 16.04 LTS because it neatly integrates with the Unity desktop. This means you get things like an unread message count on the Unity launcher, native notification bubbles, an indicator applet, and a Unity quicklist for fast switching between Slack channels.

You can download Scudcloud from Github, or install it from the a PPA by running these commands:

For an open source alternative to Slack that is self-hosted try Mattermost. It offers many of the same features as Slack, but is free, open-source software.

How To electron slack snap apps 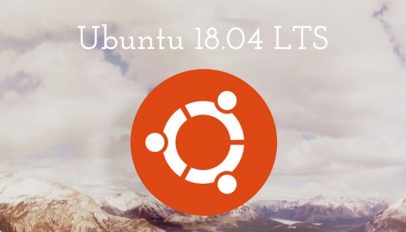 Why Ubuntu 18.04 LTS Will Use an Older Version of Nautilus
Read Next