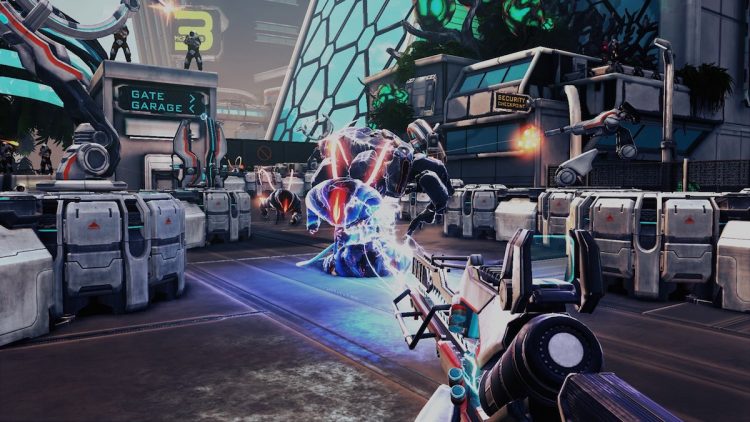 You can get indie space shooter ‘Sanctum 2‘ for free — but only for the next two days.

The hybrid FPS and tower defense game is the latest ‘you snooze, you lose’ offer from the fine folks over at the Humble Store.

They’re giving a free copy of ‘Sanctum 2’ to literally anybody that wants it. The game usually costs around $14.99.

The ‘Sanctum 2’ Steam listing describes the gameplay approach in a little more detail:

“In Sanctum 2, you will utilize elements from multiple gameplay genres to succeed. Construct towers and walls during the building phase before the enemies attack, then jump into the fray and blast everything to pieces in FPS mode.”

Hit play on the video below to see some of the gameplay in action:

Sanctum 2 was released on consoles back in 2013, and made its Linux (and macOS) debut a year later.

The Linux system requirements are fairly modest, asking for a dual-core processor, 4GB RAM, and a semi-decent graphics card.

Reviews of the game are fairly positive, with many praising its visual style, challenging gameplay, and fun co-operative play. This definitely doesn’t sound like it’ll be a dud left to litter your games library with.

Head over to the Humble Store to snag your free copy. This is provided in the form of a Steam key, redeemable (where else?) on Steam.

Sanctum 2 on the Humble Store