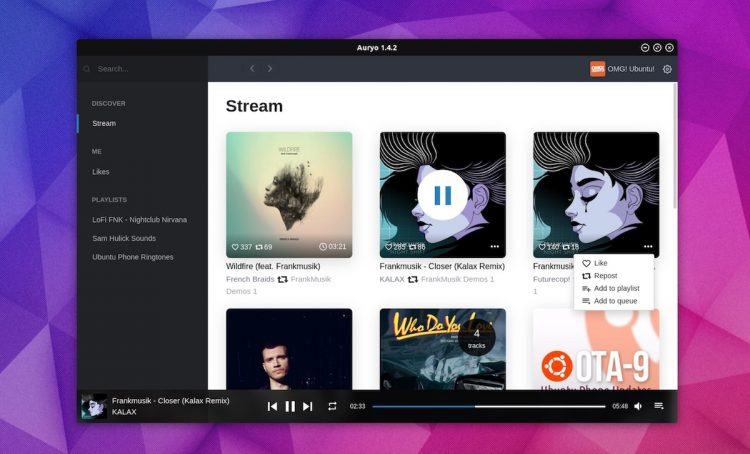 If you’re on the hunt for a desktop Soundcloud app for Linux you need look no further than Auyro.

The app lifts Soundcloud out of the browser and surfaces the music streaming service’s feature set through a modern desktop app.

Auryo is a Desktop Soundcloud App

Soundcloud is a fantastic music discovery platform but it has one big drawback: you have to use in the browser.

Auyro takes the official Soundcloud API and crafts a bespoke interface around it.

The result is a stunning (as well as user-friendly) desktop version of SoundCloud that feels like a proper native app.

It’s the perfect player if you like listen to mixes and playlists while you work, but don’t want to battle browser-based distractions.

Because the app has keyboard shortcut support (and MPRIS integration) you’re you’re able to play, pause and skip tracks using your keyboard.

You can leave the app playing in the background, and keep your attention focused elsewhere.

Auryo features at a glance:

One the app the app doesn’t have is absolute feature parity with the web version. So, for example, can’t use Auryo to upload new tracks, and you can’t leave comments on songs through the app.

But I don’t think that’s a minus; it’s easy to load the standard version in a window frame and be done with it. But this app goes further than that.

As an ardent Spotify listener I’d love it if the Spotify desktop client looked half as good as this!

The premise of this app may sound familiar to you know of Soundnode, an open-source Soundcloud desktop app we’ve written about in the past.

Both apps answer the same problem, but Auyro is kept more up-to-date (Soundnode’s latest update was in July 2016, Auryo’s latest release was a few weeks ago). 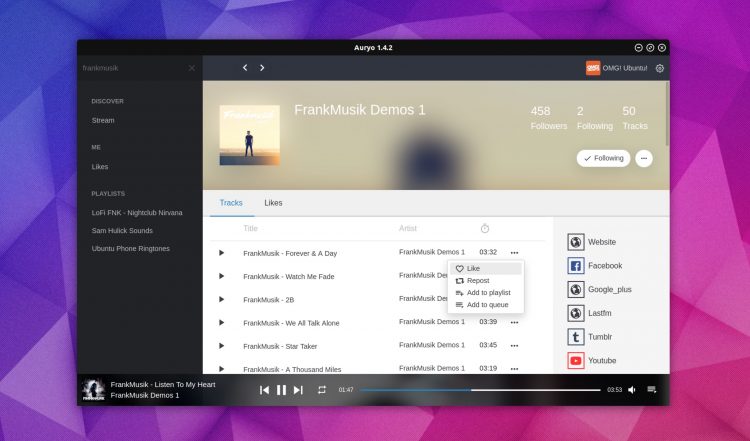 This is an unofficial app and is not endorsed by Soundcloud itself. It’s also closed-source and built using Electron. Created by Jonas Snellinckx.

You can download Auryo for Windows, macOS and Linux desktops, with both an AppImage and traditional installer offered for the latter. 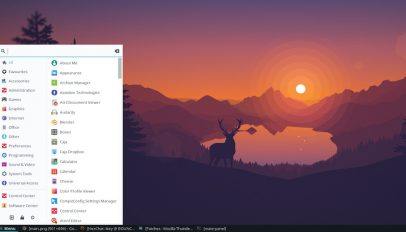