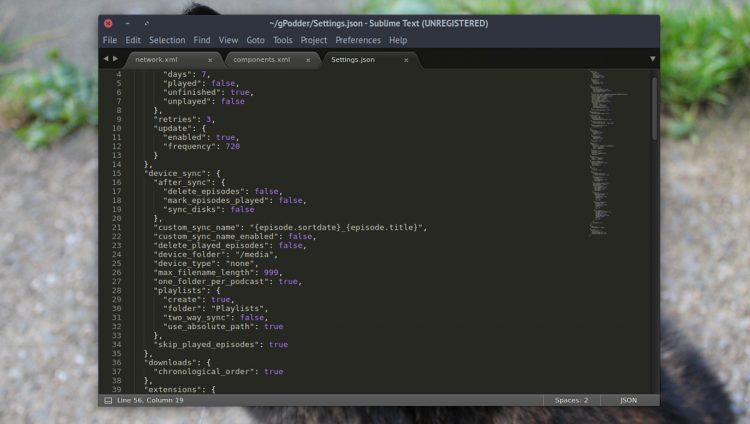 Sublime Text 3 has been officially released!

I know; it feels like you’ve been using the beta builds for what feels like an eternity — but, at long last, a new stable release of the text editor is now available to download.

The latest update to the popular proprietary text editor is (as before) available on Windows, macOS and Linux. Its  this cross-platform availability that makes the app a hit with developers of all shades.

If you’re upgrading from Sublime Text 2 then, quite frankly, a) welcome back to earth, and b) you might as well consider yourself to be using an entirely new app as the list of changes is that freaking vast.

If you’re jumping up from a recent beta then what’s on offer here will be mostly familiar.

There are “big syntax highlighting improvements” included in this build, plus official repos for Ubuntu, Fedora, Arch and others. Windows users can take advantage of touch input support, while those using macOS get TouchBar features with this update.

Compared to Electron-based ‘rivals’ Atom and Visual Studio Code Sublime Text 3 is a veritable athlete. And, like those it competes against, the feature set can be extended with third-party packages and community plugins.

Which is always welcome.

“Startup is faster, opening files is faster, and scrolling is more efficient. While it’s a much larger application than 2, it feels leaner,” the Sublime Text team write in their release post.

Although this editor is available to download for free — and it has an unlimited ‘evaluation’ period — you’ll need to buy a license if you plan on using it full-time.

Sublime Text 3 licenses start at $80 (there is upgrade pricing for those migrating from Sublime Text 1 & 2). While this isn’t cheap when viewed against the ‘gratis’ price tag of apps like Atom, Visual Studio Code, and Gedit, at least it doesn’t use a ‘subscription’ model!

You can download a Sublime Text 3 Linux installer from the Sublime Text website, but to get future updates you’ll want to add the official repository and install it from there.

We showed you how to install Sublime Text 3 on Ubuntu recently, so if you’re interested in doing so, jump over to that post for full details on adding the official repo.

If you’re an ardent admirer of this app, or you’ve tried it and despised it, do share your thoughts and opinions on it below.