An official release of Sonic Mania on Linux is about as likely as the return of the name ‘Robotnik’ — but Linux users don’t have to miss out on all of the fun.

The Windows version of Sonic Mania is playable on Linux using WINE — and that’s not just me saying that, that’s a bunch of Linux gamers over on Reddit (where else?).

Word of the support comes via Redditor aldoushxle who reported on their success running the Sonic Mania on Ubuntu 16.10:

“To any Linux gamers curious if the Sonic Mania Steam release would be playable under WINE, I just verified the game installs, launches, and so far plays perfectly.”

“I verified the game loaded up, was able to change to fullscreen, and played a sample of the first zone without any graphic, sound, or control issues whatsoever.”

Naturally things are entirely as simple as they sound. Before you pull your bright red sneakers on to join in the spin-dash melee there are a few rings for you to jump through (or should that be for?).

For one, you can’t skip the WINE requirement. This Window compatibility layer isn’t quite as widely used as it once was (thanks to thousands of games being available natively on Linux via Steam), but it’s still a useful fallback in situations like this, where no official Linux release is forthcoming.

The game has been reported to run well on an Ubuntu 16.10 install with PlayOnLinux (a GUI front-end that makes various tweaks and adjustments easier), and a fresh 32bit wine prefix with the Windows Steam client installed.

The Sonic Mania WineHQ DB entry grades the game as “silver”, a ranking awarded to apps and games that have ‘with minor issues that do not affect typical usage’. The main “bug” with Sonic Mania on Linux is that that it only works with xinput controllers.

Your Milage May Vary

I’d love to sit here, sipping my Pepsi Max, able to back up others’ experiences in running Sonic Mania on Linux — but alas! I don’t it!

(I’m waiting to play it on the Nintendo Switch that Santa, if he’s reading, will know to bring me for Christmas).

But if you do own the game (or prefer gaming on your PC or laptop) do try it out and report back with your own experiences, tips and/or suggested workarounds.

If you run in to trouble setting it up don’t lose your rings and give up! Instead spring yourself over to this Reddit thread where other Linux gamers have shared their experiences and workarounds.

Sonic Mania — Is it any good?

Sonic Mania returns the franchise to its pixel-perfect, 2D side-scrolling roots — which is where it shines best. Alongside new zones are longer, modern updates to legendary levels like Chemical Plant and Green Hill. 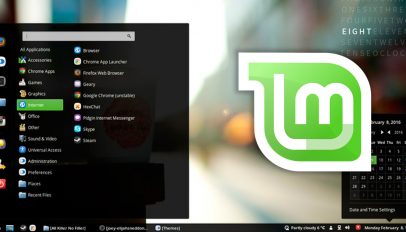