As someone who works out of public coffee shops quite regularly I’m looking forward to the addition of captive portal detection in Ubuntu 17.10.

This feature aims to make as easy to connect to public wifi on Ubuntu as it is on macOS and Android.

Captive portals are commonly encountered when connecting to public wifi hotspots. You connect to their network, and then a web page pops up on which you tap in some log-in credentials or enter a password, and/or agree to a set of terms and conditions for using it. 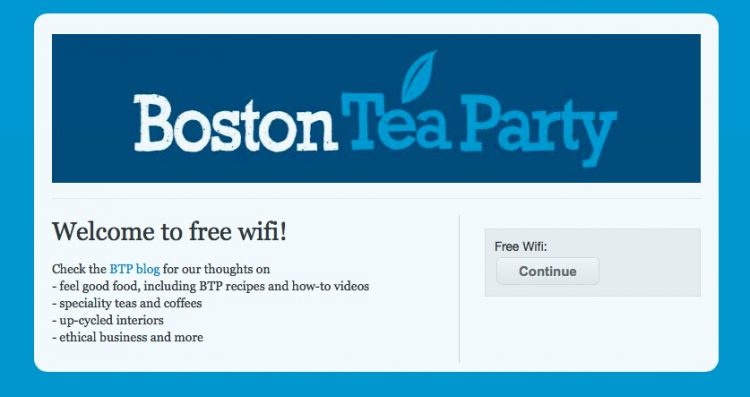 YOU SHALL NOT PASS (without first accepting the T&Cs)

Android, macOS and iOS are wonderful at detecting and presenting captive portals but Ubuntu (and Windows, from my observations) often fail badly at correctly connecting.

If this ‘page in the middle’ gets lost you can’t connect properly; you’re technically connected to the local network, but not to the one beyond it.

Ubuntu 17.10 changes the network status icon to include a question mark when a captive portal is detected. It then displays a login window with the the portal’s login and/or authorization page.

You can then smudge the ‘agree’ button (or whatever other hoop you need to jump through) and connect.

Ubuntu 17.10, like Fedora has done since 2014, ships a separate package called network-manager-config-connectivity-ubuntu that, to quote its package description:

“…contains a configuration file which enables Network Manager’s connectivity checking functionality. Network Manager will try to connect to an Ubuntu server to determine the connection status. This is particularly useful for captive portal detection.

The utility pings the ‘http://connectivity-check.ubuntu.com’ URL periodically to ‘check’ the connection and detect a captive portal.

Naturally not everyone will want their Ubuntu device pinging away in the background.

So if you don’t venture out with an Ubuntu laptop often, or never connect to wifi with a connection check, redirect or captive portal, you can disable the connectivity check.

Ubuntu (wisely) make it easy to turn off Network Connectivity Checking in Ubuntu 17.10:

That’s all it takes to disable it.

If, in the future, you do need the feature (i.e. you have trouble connecting to a public wifi spot) you can toggle the feature back on, and turn it off when you’re done.

How To captive portals network

Home » How To » How to Disable Network Connectivity Checking in Ubuntu 17.10