Ubuntu 17.10 will have GNOME Shell indicator applet support by default.

The results of the GNOME desktop user survey made it crystal clear that, alongside a visible desktop dock, Ubuntu uses want legacy system tray icons to sit in the GNOME Shell top bar, alongside the main system menu.

Nearly 90% of the 18,000 who took part in that survey rated the Top Icons Plus extension, which does precisely that, as being ‘useful’.

We remarked at the time that “given how many third-party apps make use of or rely on indicator applets by default (thanks to years of Unity’s dominance on the desktop) this [extension] surely has to feature in the default install.”

The good news is that it is!

See, Canonical being Canonical they haven’t chosen to include the Top Icons Plus extension by default — but they aren’t ignoring users completely. Instead, Ubuntu 17.10 includes a ‘light fork’ of similar (but more integrated) extension, the wordily named ‘KStatusNotifierItem/AppIndicator Support’.

Or, as we’ll refer to it, the GNOME Shell Indicator Applet extension.

To demonstrate what this add-on does compare the following two images.

Yup, the Clementine tray applet is housed at the bottom of the screen in an entirely separate legacy tray area. Worse still, this drawer autohides as soon as you mouse off and is hard to ‘reopen’ with the Ubuntu Dock next to it.

A clunky, droll experience — and GNOME know it. This is why — controversy time — GNOME is ditching the legacy tray all together in GNOME Shell 3.26.

Ubuntu, aware of that pending upstream change, and aware of the multitude of apps that hard-bake app indicator support because of their Unity desktop, will ship a band-aid.

As always you can disable any of the extensions included in Ubuntu 17.10. You also have the option to log into a vanilla GNOME shell experience. 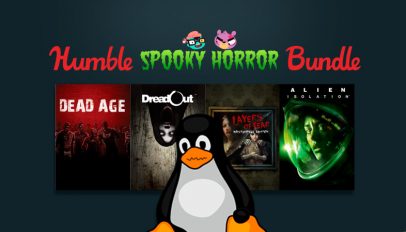