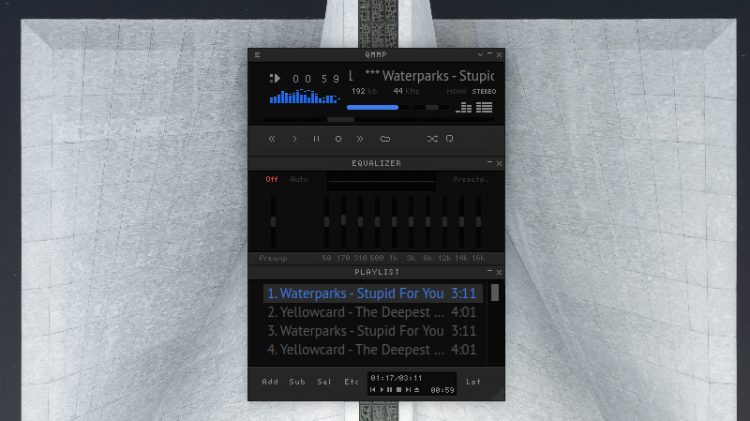 In this post we will show you how to install Qmmp on Ubuntu.

It’s not the kind of music app that will appeal to fans of apps like Rhythmbox, Clementine or Deepin Music.

Instead, it’s got a face that only a Winamp fan could love.

And that’s because qmmp is an audio player directly inspired by Winamp — so much that it even supports Winamp skins!

Whether you’re looking for a Winamp alternative to use on Linux, or simply want a more straight-forward music player, Qmmp is a nifty app well worth a try.

The app focuses solely on playing audio files rather than managing them in database.

The player supports an exhaustive array of music formats, including MP3, Ogg, and Flac, and is able to handle anything else that FFMPEG can.

You can enable and/or add plugins to extend functionality, like being able to search and play music from YouTube, scrobble to Last.fm, and fetching lyrics. Like Winamp you can use skins to change the look and feel of the app, with most Winamp classic skins currently supported.

An older version of Qmmp is available to install from Ubuntu Software on all versions of Ubuntu:

To install the latest Qmmp release on Ubuntu you need to add the application’s official PPA to your software sources.

To do this, open a new Terminal window and run: