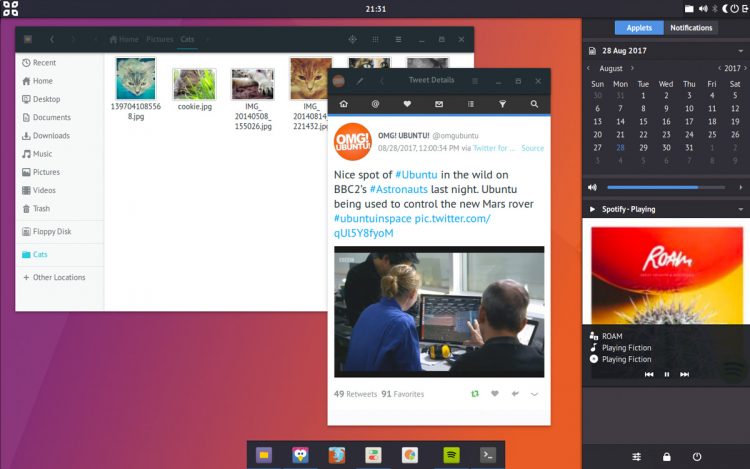 If you’ve been itching to try the very latest stable release of the Budgie desktop on Ubuntu prepare to scratch — it’s now available to install on Ubuntu 16.04 LTS and up.

The Ubuntu Budgie team has made it super easy to install Budgie 10.4 on Ubuntu 16.04 LTS and up by using one of their official backports PPAs.

But before we get to the commands you need to run to install Budgie desktop we ought to recap some of the great new features on offer in the latest release, Budgie 10.4. 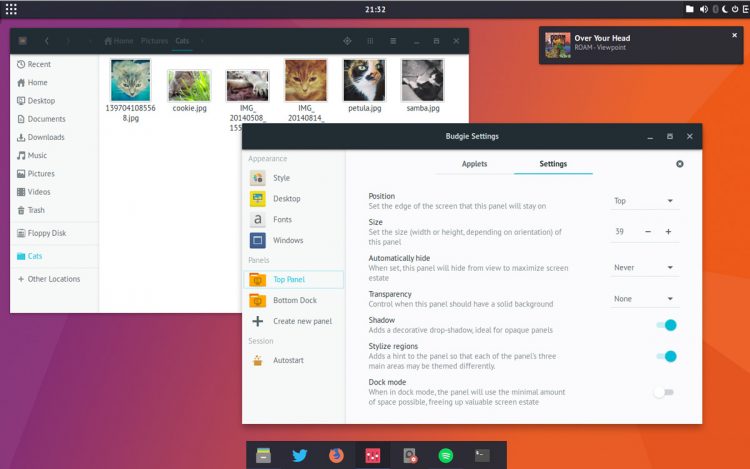 Assuming you have a vague familiarity with the Budgie desktop already, you’ll know that it’s a nimble GNOME-based desktop environment that offers all of the common features you’d expect from a modern desktop, including an app menu, task bar, menu area, notification centre, and more.

Unlike some desktop environments Budgie is not a fork; you can install Budgie desktop on Ubuntu alongside Unity, GNOME Shell, and Cinnamon with no conflicts.

We looked at some at the best new Budgie 10.4 features a few weeks back and we’re pleased to be able to say that all of those features made the final release.

Budgie Settings (pictured above) is a new app that makes it much easier to add, remove and manage panels, applets, and tweak the Budgie desktop’s theme, style and behaviour settings.

You can open Budgie Settings anytime by clicking the left-most icon at the bottom of the Raven sidebar.

The desktop app menu is now faster at filtering apps, and more customisable.

A new Night Light applet lets you control screen temperature. Why would you want to do that? Reducing the amount of blue light to make the display warmer can, according to Science™, help to reduce eye strain and promote natural sleep patterns.

You can add the new Night Light applet (as well as other Budgie applets) via Budgie Settings > Panel > Applets.

Talking of desktop panels you may be interested to hear that you can now add multiple panels, position panels vertically, and enable panel transparency. There’s also a new ‘Dock Mode’ toggle that will reduced panel width to the size of the content — perfect for creating a dock to launch and manage apps.

Slick new animations accompany common window actions like maximising, minimising and snapping — all of which work beautifully with the new ‘dynamic transparency’ setting, as this gif shows:

You can install an older version of the Budgie desktop on Ubuntu 16.04 LTS (and up) from the Ubuntu Software app:

But to install the latest stable release of Budgie on Ubuntu 16.04 LTS or 17.04 you will need to add one of the following PPAs. Both are maintained and packaged by the Ubuntu Budgie desktop team, so you can add them with confidence.

If you use Ubuntu 16.04 LTS you need to run this command first:

Once you have the relevant PPA enabled you can go ahead and install (or upgrade) Budgie 10.4 by running:

If you want to use of the nifty extras, like the Budgie weather applet, screenshot applet and indicator applet (perfect for apps like Dropbox and Skype) you will need to install them separately. Either track them down in Ubuntu Software or run this command:

Finally, when all is installed, you need to log out of your current desktop session and in to the Budgie one. At the login screen click the session selection button (it the small Ubuntu logo near your username) and select the ‘Budgie’ desktop session form the list. 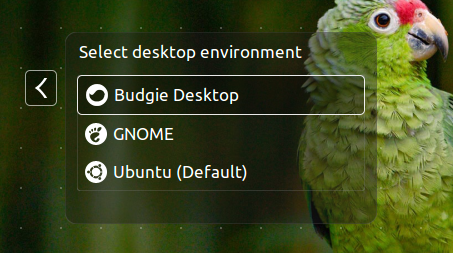 Proceed to log in. That’s it; the Budgie desktop will load up and you’ll be able to tailor it to suit your workflow. 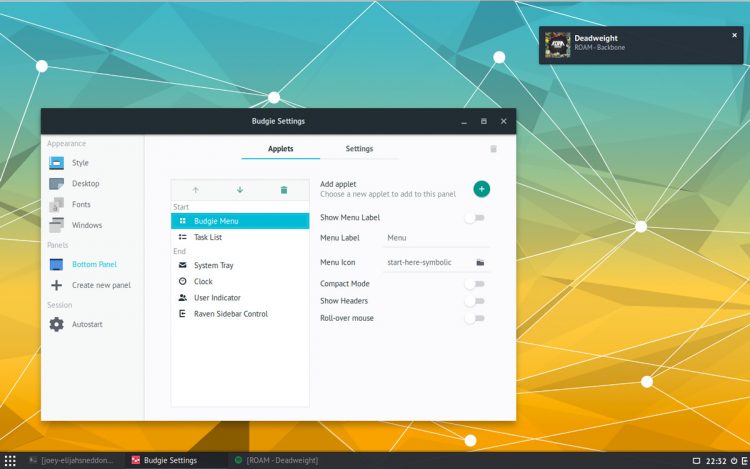 How To budgie ubuntu budgie

Home » How To » Budgie Desktop 10.4 Released, Here’s How To Install it on Ubuntu