Firefox 57 is shaping up to be one of the browser’s biggest and most important releases in its history.

Projects, technologies and changes like Quantum Flow, Quantum Compositor, Stylo, Photon, WebRender, and WebExtensions sees almost every inch of the browser benefit from a refit or refresh.

We’ve already seen previews of the Firefox’s new look on Linux, and heard about how fast it can start up with 1691 tabs open!

There’s an excellent article over on Cnet that distills the background and context against which all of these big changes are taking place.

But beyond big leaps in performance, better resource management, a new Microsoft Edge-inspired UI, and a slate of other changes, it seems that Firefox 57 may have a new logo.

While the tweet doesn’t actually show a new icon, and the document could easily be an old one, I’m not discounting it.

It’s not a major stretch to assume that Mozilla might wish to mark the ‘relaunch’ of its browser in Firefox 57 with an updated Firefox logo. If anything it makes sense for Mozilla to revamp the Firefox brand alongside the Firefox browser itself.

But before I, you, or anyone else gets too excited by word of a possible change I should point out that that Mozilla has made various Firefox logo updates over the years. These updates also make subtle changes rather than introduce dramatic overhauls:

But for a potential tease of what a new Firefox logo might look like we can turn to Firefox Nightly. Recent builds of Firefox Nightly display a new icon in the ‘About’ dialog.

If this new icon is any indication as to the direction of the new regular browser icon, we may see a flatter design with more flourish than previous revamps:

You’ll need to use your imagination (for now) to picture the logo above dressed using Firefox’s traditional orange color palette.

Home » News » Firefox May Be Getting a New Logo 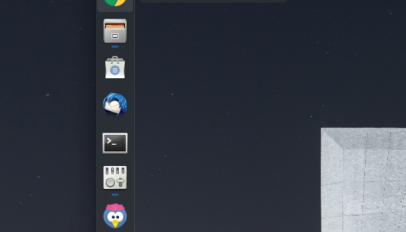 Phew, Ubuntu 17.10 Will Have a Desktop Dock (Of Sorts)
Read Next