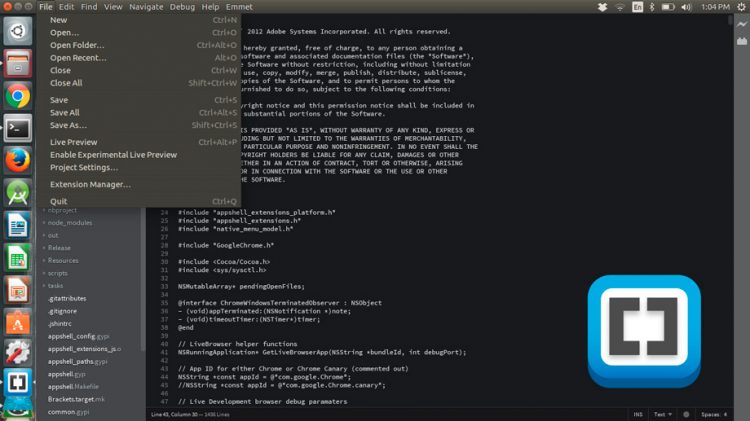 A new version of Adobe Brackets is available to download, and it finally brings native menus to Linux.

Yes, the latest stable release of the popular code editor fixes a long standing want for many of its Linux fans by enabling native menus on Linux. This is a welcome integration tweak that renders the app’s formerly HTML menus as better looking native ones.

Brackets 1.10 also supports more than 40 different file encodings; adds backward/forward navigation in editor history; and now lets users disable (and later enable) any of the default extensions that ship as part of the browser.

The Brackets 1.10 changelog has a more meaty rundown of everything that’s new in this release

Not familiar with Adobe Brackets?

Brackets is an open source code editor for web developers, written in web technologies like JavaScript, HTML and CSS. The app was first released back in 2013, and has been updated and improved regularly since then.

The app, which supports HTML, CSS, LESS, and SASS, is notable for including a number of helpful visual tools that can help developers in quickly make quick changes and tweaks to their code. Alongside inline editing, split view and preprocessor support Brackets also offers a live preview. This feature can be hooked up to a web browser to allow developers to see exactly what the changes they’re making look like in real-world use.

Like Atom, Sublime Text and Visual Code Studio Adobe’s editor can also be extended using extensions. A variety of add-ons and power-ups are available, including Git integration, autoprefixer, W3C Validator. Heck, there’s even an Emmet plugin for Brackets.

You can download the latest stable release of Brackets for Linux using the links below or, along with links to macOS and Windows builds, from the Brackets website.

Snap fans can install an older version of Brackets from the Ubuntu Store but must install it with the --classic flag in order to access filesystem files and folders. 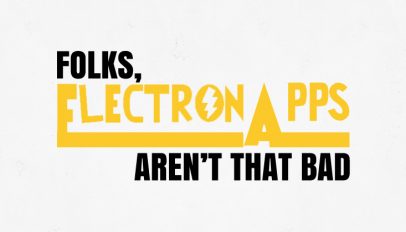