Hands up if use GNOME Terminal as your default terminal on Ubuntu?

That’s a lot of hands.

GNOME Terminal is great. It’s fast, featured, and straightforward. But it doesn’t hurt to try a few alternatives to it from time to time. Be it the vintage chic of retro term or the modern minimalism of Hyper.

Today we present you with another promising alternative. It’s currently in alpha (so expect bugs). 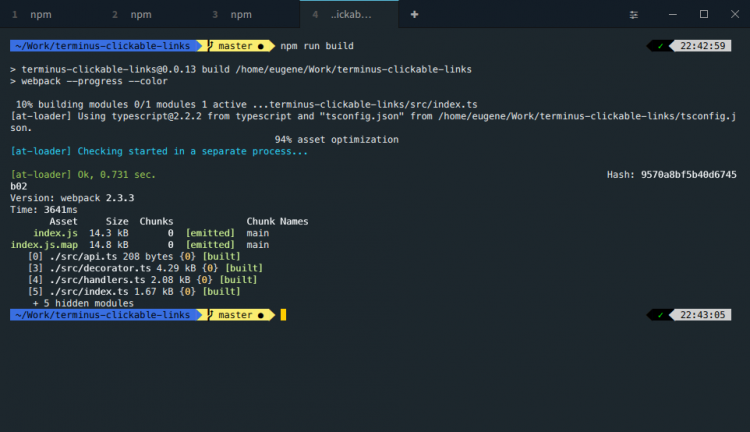 Terminus bills itself a ‘terminal for a more modern age’. It’s cross-platform (which is rare, to be fair) and is built using web technologies (you’re free to scream because yet it’s Electron).

It has a flat, minimal UI that is ‘designed for people who need to get things done’. It reminds me a little bit of the ‘converged terminal app‘ that Ubuntu developers were working on.

The color scheme and app theme can be configured, tweaks and customer, both by hand (adding custom .css), by selecting one of the available color schemes, or by installing theme ‘plugins’ from the NPM repository.

And yes, you can have native window borders if you want! 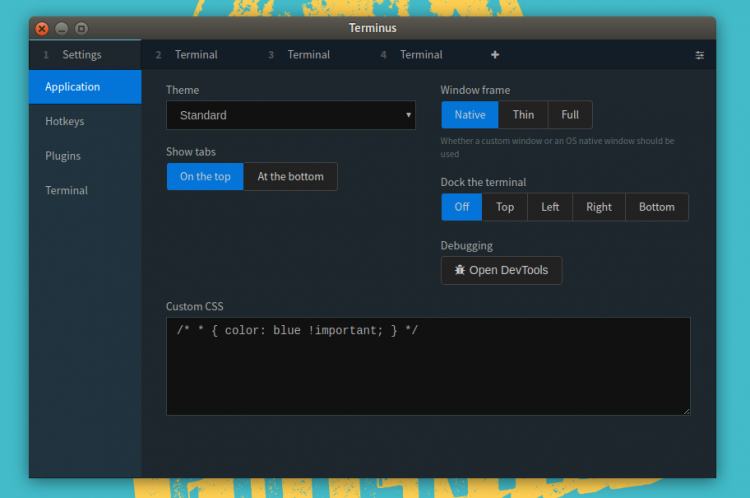 I don’t have much (if any) experience with the Windows “command line” but this app works with it, including tab completion (using Clink), readline-style editing and persistent command history.

The app works with CMD and PowerShell and, more pertinent to our interests, Terminus supports Bash on Windows.

Fancy taking it for a spin? Of course you do!

Firstly, please keep in mind that this app is still in alpha. It will have bugs, there will be crashes, and you probably shouldn’t rely on it for anything mission critical.

You can download the latest alpha release of Terminus for 64-bit Linux (including Ubuntu), macOS and Windows direct from the project Github page.

The original version of this article stated that the app isn’t based on Electron. It is. Silly me. Thanks to commenters for pointing it out. 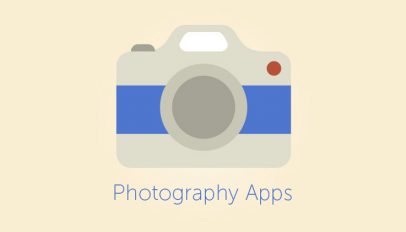