Is distro hopping a dying sport or have I just gotten too old?

When I first started to use Linux I was the quintessential cliche distro hopper. I swapped and switched flavor of Linux every other day, certain that at some point I’d find the right ‘fit’ and stop, content with whatever combination of distro base and desktop environment I’d suddenly stumbled upon.

That idea was total Shangri-La, of course; I never found perfection.

But through all the chopping and changing I did come to learn what I value in computing, like fuss-free installation, stable performance, and a usable, attractive desktop that doesn’t require hours of modification to look even halfway modern.

Ubuntu, ultimately, ticked all of those boxes in the end — though I still continued to dual-boot, triple-boot, and quadruple-boot with other distros well into the early part of this decade.

The most recent distro I tried was KDE neon (ssh, don’t tell anyone I called it a distro) which, admittedly, is hardly straying far from my Ubuntu comfort zone.

Funnily enough the Urban Dictionary definition of a distro hopper describes my former character to a tee:

I do think that virtualisation made distro hopping less exciting to me. Booting up a VM is a great, safe way to test things out, but it also lacks a lot of the practical excitement I used to enjoy when trying a new OS on hardware.

See, like many, I learnt a lot about Linux from needing to fix and patch all the things that were broken or not working after an install, from wrapping Windows wireless drivers in NDiswrapper, to manually crafting rules in an obscure config file in the backend of the filesystem just to get my trackpad or display server to work.

But while early on I enjoyed the technical aspect of performing a full installation of a totally new (to me) Linux distro, I soon grew tired of the practical necessities. Aka the ‘chore-y suff’, like having to load up my favourite apps, bring over my music library and photos, set-up email accounts and chat services again, and so on.

‘There’s never been a greater time to distro hop’

‘With such diverse flavour to taste, why limit yourself to just one meal?’

Although my days of dedicated distro hopping are over there’s probably never been a greater time to be a distrohopper than right now.

There are brand-new, built-from-scratch independent distros like Solus out there doing brand new things in new and different ways; there are user-friendly spins of Arch like Antergos and Manjaro; Chinese distorts like Deepin and Ubuntu Kylin catering to local audiences with their own bespoke desktops.

From the charm of Bohdi Linux to the idealism of Trisquel, by way of hyper-lightweight distros like Puppy Linux — you have to ask with such a diverse array of flavors to taste, why limit yourself to just one meal?

So, for this weeks poll, I want to know do you still distro hop? 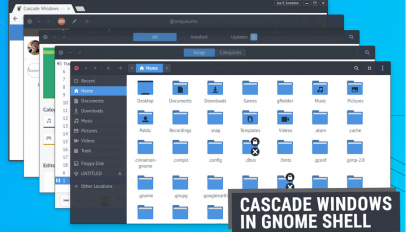