If you hate the fact that your siblings, stressed-out co-workers, and curtain-twitching neighbours can’t tell when you’re TYPING ON THE INTERNET!!1, I’ve found the perfect Snap app for you.

Those of you of who are, let’s say, of a certain vintage may be familiar with the thunderous clack, clack, clack of typing on a buckling spring keyboard, like the (much revered) IBM Model-M keyboard.

Buckling spring keyboards are named because each key contains spring that buckles when pressed, as the nifty animated Gif to the right demos in full monochromatic glory.

So guess what the deliciously nostalgia/headache inducing open-source app Bucklespring does?

Why yes, that’s right! It runs as a background process to play back the sound of each key you press (and release) on your keyboard.

No matter where you type, or what you type, you’ll hear the click, clack, clump as though you were typing on an actual physical IBM Model-M keyboard. You won’t get the physical gratification that comes from the release of a buckling spring key, but you do get the aural annoyance/brilliance.

“The sound of each key has carefully been sampled, and is played back while simulating the proper distance and direction for a realistic 3D sound palette of pure nostalgic bliss,” says the Github page for the app.

There’s no easy way to stop the clacking of keys after you’ve started (though a killall buckle will do the job in a punch). You can also temporarily mute the app by tapping the ScollLock key twice.

Which is grand if you happen to have one…

It is super easy to install the Bucklespring app on Ubuntu (and other supported Linux distributions) using Snappy.

If you’re on an earlier version of Ubuntu (or a different Linux distro) you can install it using the command line.

Once installed, just launch the ‘Bucklespring’ app from the Unity Dash (or equivalent app menu/launcher). 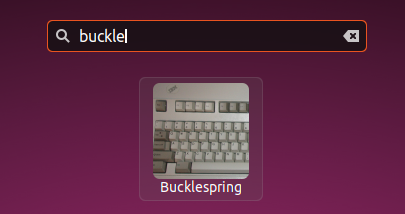 Snappy may have a lot of fine, technically reasoned uses but delivering minor amusements like this to my desktop, in seconds, is surely among the best ;) 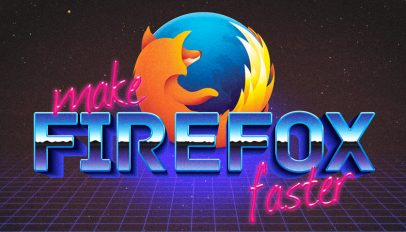 Firefox 54 Is Here, And It’s Way Faster Than Before
Read Next