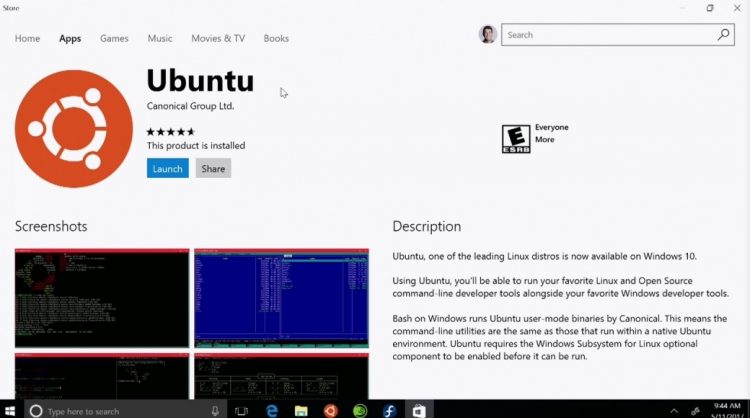 Ubuntu will soon be available to install from the Windows Store on Windows 10.

Nope, I’m not drunk, and you’re not hallucinating. The news was announced by Microsoft’s Terry Myers at the software giant’s annual Build conference for developers.

What’s more Ubuntu isn’t the only Linux distribution planned. Microsoft says it is working with SUSE and Fedora to bring their Linux distro’s to the Windows Store atop the Windows Subsystem for Linux (WSL).

Developers will able to download these Linux distro’s from the Windows Store on Windows 10 from the autumn, and will be able to run multiple distributions at the same time.

I guess calling these Linux distro’s is incorrect? Without the Linux kernel they’re just GNU distros… or Windows distros.… Or, who knows. It’s a strange new world and I’m unsure if up is up and down is down anymore.

Also Read: How to Enable Bash on Ubuntu on Windows 10

Anyway, Microsoft say that “WSL was always designed to be distro-agnostic and this is the first time we’re exercising this aspect of the system” and invite developers to try things out and report issues on their Github page.

It’s important to remember that while you will be able to “install” Ubuntu, Fedora and OpenSUSE from the Windows Store you won’t be installing a Linux distro with GUI desktop environment, display server, and suite of X11 apps.

Not that people haven’t already worked around that.

But what you do get is a full Ubuntu/Fedora/OpenSUSE user space and development environment on Windows, without the overhead of virtualization or emulation, running in parallel with your Windows-y tools — and that’s nothing no small feat of engineering!

Home » Dev » Ubuntu, Fedora and OpenSUSE are Coming to the Windows Store 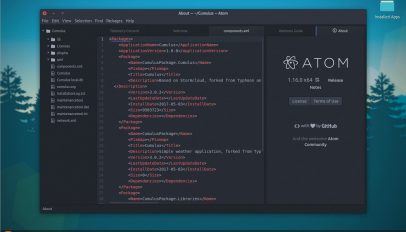