The all-in-one GNOME system status menu introduced in GNOME 3.10 helps save room on the top-bar — but this compact control panel does not suit everyone’s needs.

GNOME decided to bundle a bunch of state area settings into one dedicated menu to resolve various issues flagged with the previous ‘separate menu for everything’ approach which shipped in GNOME 3.0 through GNOME 3.8:

Usability concerns over the small target areas for each icon, multiple clicks being needed to perform common tasks, and visible user names on the panel being a potential privacy issue were among the reasons cited for creating the unified menu in GNOME 3.10.

But, as I said: this it’s not to everyone’s liking.

And that’s where the Extend Panel Menu GNOME extension comes in.

Extend Panel Menu splits each section of the unified System Status Menu out in to its own separate menu. Yup, it even decouples the notification centre from the date/time indicator: 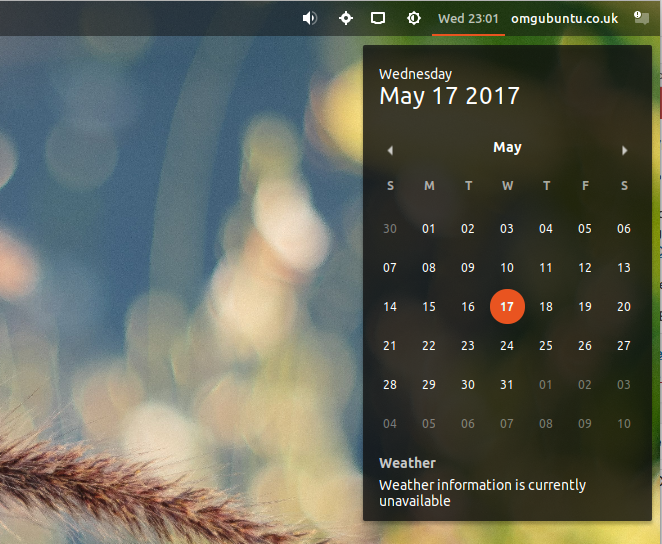 Now, I know what you’re going to say: there seem to be an awful lot of GNOME extensions around. But honestly: this is a good thing.

GNOME Extensions, in my opinion, are what make GNOME Shell such a fantastic desktop environment. Think of vanilla GNOME as the bread of Linux desktop environments: plain by default but by adding a few extra ingredients (read: extensions) you can prepare a meal (read: desktop experience) seasoned to your tastes.

And Extend Panel Menu is a perfect example of how malleable and mouldable GNOME is: 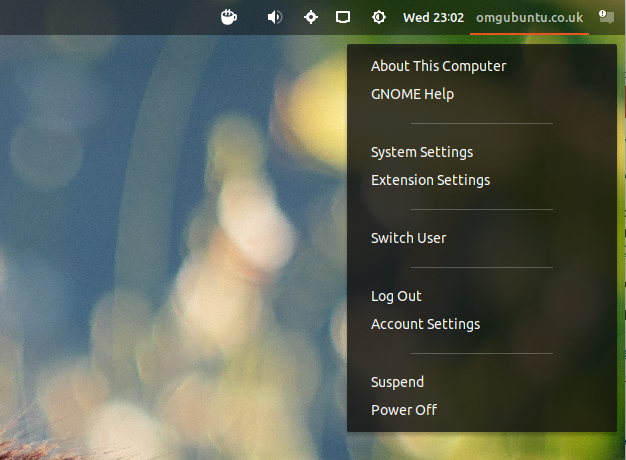 OMG! reader Raul (thanks!) tipped us to the extension after reading our Ubuntu 17.10 GNOME desktop survey article, stating:

”There is an extension called Extend Panel Menu for Gnome Shell which moves Power/Network/Volume/User/Date/Notifications to the right side of the top panel. It wasn’t mentioned in the recent Canonical survey. It’s a lot of useful! Maybe posting this in OMG Ubuntu can bring Canonical’s attention to this extension and make Ubuntu 18.04 ship with it!”

A Bit Buggy, But One of a Kind

I have to be honest: this extension is buggy — at least in my experience using it on Ubuntu 17.04 desktop with GNOME 3.24.1. It absolutely does what it says on the tin; you get separate menus for power, network, volume, screen brightness, GNOME Night Light, user, date and notifications.

But every time I played with the extension’s settings panel (which lets you toggle each of the on or off) GNOME Shell would lock up and need to be restarted.

Your experience will likely vary from mine, and it’s given that it’s the only extension of its kind, it’ definitely worth trying out.

You can install the extension on any GNOME desktop from the GNOME Extensions website: 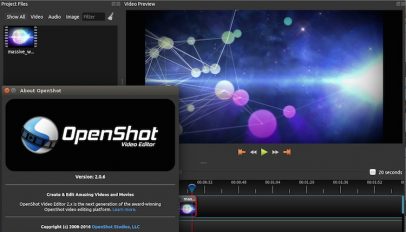