Did you know that you can add folders to Plank, the popular desktop Linux dock app?

I’m going to guess the answer is ‘yes, everyone does’ — but I dang well didn’t! Despite having written about this app for nearly six years I’ve only just discovered this ‘feature’.

What befuddles me most is how incredibly easy to use (and therefore discover) too. There’s no hacking, no additional apps (like you’d need for the Unity launcher), and no need to craft a complex .desktop file either.

You just drag and folder on to the dock and plop — folder attached. To add a folder full of app shortcuts you just need to create a new folder somewhere accessible, drop shortcuts to the apps you want to access through the folder, and drop it on to the dock.

Now, admittedly, I don’t use that Plank often any more. The Dash to Dock & Dash to Panel GNOME extensions take care of my app launcher needs on.

But I know that Plank is popular with many Ubuntu users (especially those using the MATE desktop).

Plank is a nimble, lightweight and customisable desktop dock for Linux desktops. It supports quick lists, app badging (aka ‘unread counts’), and hover effects;  a small set of “dockets” are bundled with it (including a clock), and a huge array of third-party themes are available.

If you’ve never tried Plank I do recommend it, especially if you use a desktop environment like MATE, Cinnamon or XFCE. You can install Plank from Ubuntu Software on Ubuntu-based distros. It should be in the repos of most other Linux distributions too.

How To docks plank

Home » How To » How to Add Folders to Plank, the Popular Linux Dock 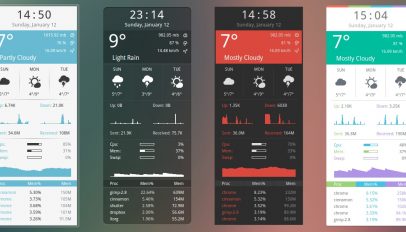