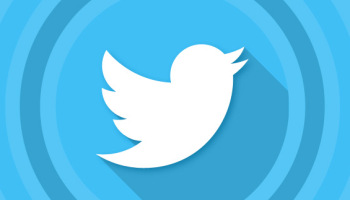 If you use Google Chrome on Linux, and you happen to be a big Twitter user, here’s a neat little tip.

It’s a progressive web app designed for mobile but, thanks to open-standards, works in any modern web browser, and on any device, Ubuntu desktop included.

What is a Progressive Web App?

Google describes Progressive Web App (PWA) as: “…experiences that combine the best of the web and the best of apps”.

But most importantly they’re designed to look and feel like a normal app.

Twitter Lite is sort of a flagship PWA, and its developers have written a lengthy blog post to detail how they built Twitter Lite and what they learned while doing so. If you’re a web developer, interested in web-based technologies or modern open standards, it’s well worth a read. 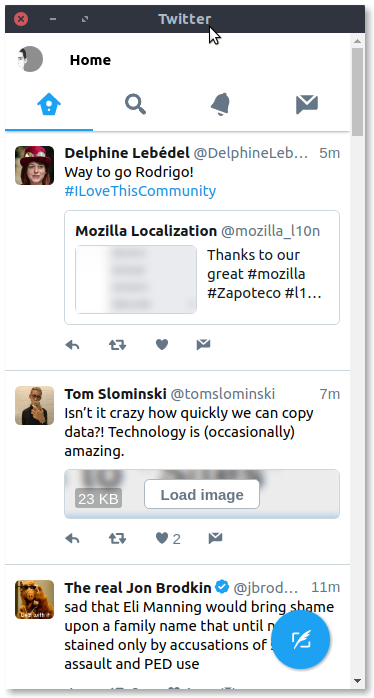 But Twitter Lite is a such a great example of  Progressive Web Apps that it has replaced the official Twitter Android app on my Android phone. It’s faster, cleaner, uses less data, and has all the features I need.

And I’m really loving it on the desktop, too.

See, I live on Twitter. It’s one of the first apps I open when I boot up. It is the one app that’s always running in the background.

But, sometimes, I work over a 4G tether and as I don’t have unlimited data I need to be data prudent.

The data saver option in Twitter Lite allows me to keep on top of ‘what’s happening…‘ on Twitter but without the app auto-downloading every image, gif and video clip the people I follow share.

It also compresses media content by up to 70 percent.

If you take anything away from this post let it be how non-webby PWAs feel in use.

For example, moving between sections of the app doesn’t refresh the entire page as core UI elements persist, just like an app wouldn’t. This is hard to explain accurately but the PAW developer documentation describes it as: “…the app shell model separates the application functionality from application content.”

Want to see if these new breed of web apps can replace desktop apps? Here’s how to “install” Twitter Lite on your desktop. 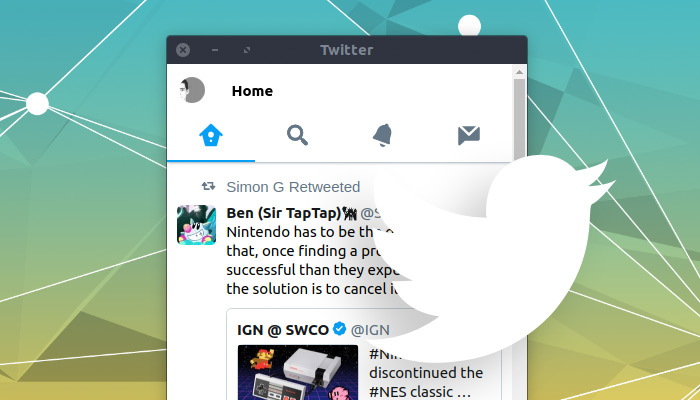 Progressive web apps will work in most modern browsers, including Firefox and GNOME Web, but the ability to “appify” them will vary between them.

To get started simply open Twitter Lite (aka mobile.twitter.com) in Google Chrome and login. 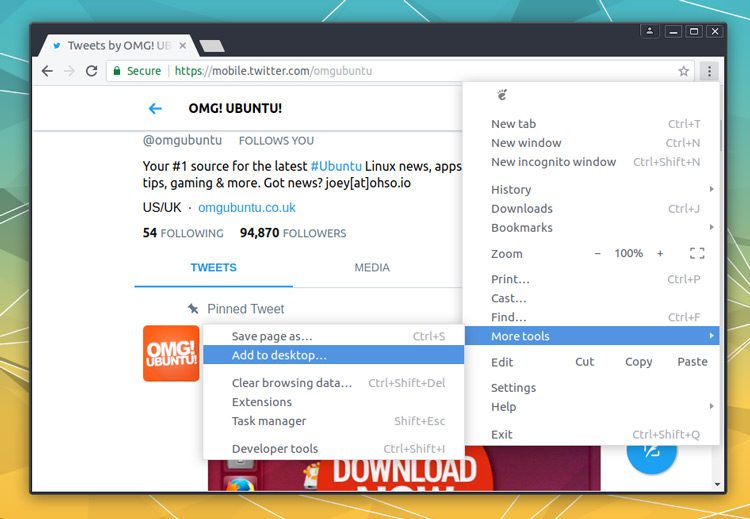 A little box will appear where you can give the app a name (this is pre-filled) and set whether you want it to ‘Open as window‘. For an app like experience check this box.

Chrome will add a launcher to web app to your desktop. If you don’t like clutter you can delete this shortcut as the real app launcher is stored in your local Chrome folder.

To launch or find the app just search for it in your app launcher or dash of choice:

Now you’ve app-ified Twitter Lite I next recommend that you enable push notifications to get notified of new mentions, tweets and messages.

To do this, go to the Twitter Lite Notifications tab (the ‘bell’ icon) and click the settings button (the ‘cog’ icon). Click on ‘Push Notifications’ and okay the prompt that appears. 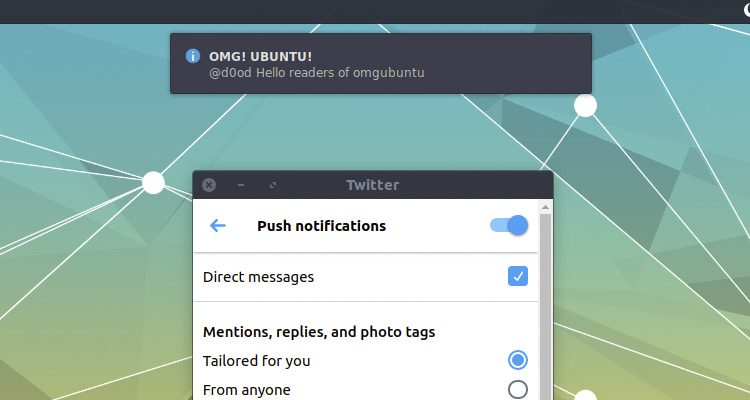 Push notifications paired with Chrome’s (experimental) native desktop notifications, this offers a really nice experience. You don’t have to have the Twitter Lite web app open.

If Chrome is running in the background you’ll receive desktop notifications in real-time.

If you’re using GNOME Shell (or another desktop with clickable notifications) clicking on a notification will focus the app (if it’s open) or open the Twitter Lite website in a new tab in the browser. 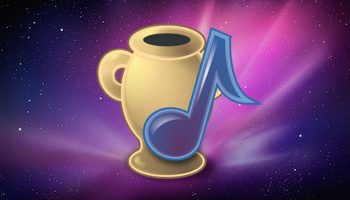 The Pandora Linux App ‘Pithos’ has been Updated
Read Next