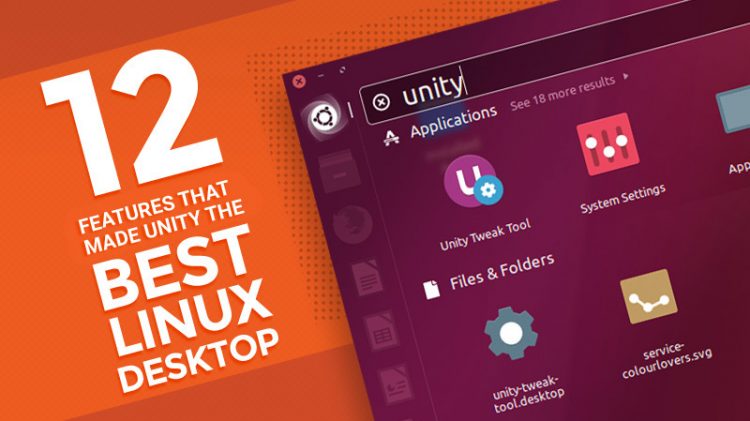 Unity is the best Linux desktop environment I have ever used.

‘For the past 6 and a half years I, like millions of users, have been able to rely on Unity’

There I said it. So, naturally, I was among those sad that Unity retired from its role as the default Ubuntu desktop, replaced by (the also-awesome) GNOME Shell in Ubuntu 17.10 onwards.

For  6 and a half years I, like millions of Ubuntu users, have been able to rely on Unity. From Qml to Compiz, from controversy to controversy, the Unity desktop has held firm.

As (arguably) the one element that helped to define and mould the Ubuntu identity as we know it, it’s only natural that one wonders what Ubuntu is without it.

Unity became the default Ubuntu desktop in Ubuntu 11.04 ‘Natty Narwhal’, having debuted as the distro’s netbook interface in the release prior, Ubuntu 10.10.

Although bullish at the time, Ubuntu founder Mark Shuttleworth now says Unity’s early introduction was, in hindsight, a ‘mistake’. Early versions of the desktop were buggy, lacked features, and had a reputation for crashing.

But it’s testament to the design vision behind it that the Unity desktop of old is still recognisable to users of Unity today. Most of its key concepts were present at the start, going on to be honed and polished — and yes sometimes re-written — in successive releases.

‘Unity set the bar in how useable, featured and polished a Linux desktop could be’

Earlier this month I took to the OMG! Ubuntu! Twitter account to ask what you consider to be the best Unity features. This list is based on your answers.

As a robust and reliable as it is today, it’s easy to forget that Unity broke with years of convention, introduced ground-breaking features, and set the bar in how usable and polished the Linux desktop experience could be.

This truly was Linux for human beings.

And while a lot of the engineering effort expended on this excellent desktop experience was invisible — rewriting Compiz from the ground up was no easy task — there is plenty to look back on and commend.

One final note before we skip on (albeit with a tear in our eye, blub): Unity isn’t going away. It is supported until 2021 on Ubuntu 16.04 LTS and, according to Mark Shuttleworth, will be available from the archives of Ubuntu 18.04 LTS so that those who aren’t ready to say goodbye to it don’t have to. 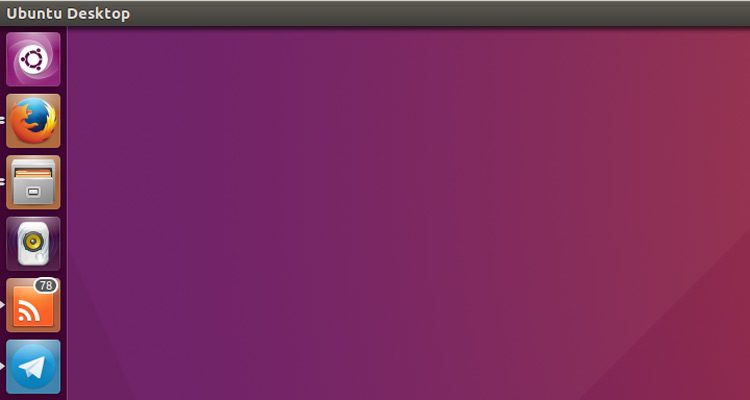 The most iconic part of the Unity desktop is the left-aligned launcher. An anchor point in the Unity experience, the Unity Luncher allows you to launch, manage, and interact with applications whether they’re running or not.

‘An anchor point in the Unity experience’

The vertical launcher was designed to make effective use of screen space, which (at the time) were often limited in terms of height  than width.

For a long time, despite repeated users requests, the Unity launcher could not be moved. Ubuntu 16.04 LTS made it possible to move the Unity launcher to the bottom of the screen. Had this one request been acceded to a little sooner I think a lot of the ire directed at Unity would’ve been rendered moot.

The Unity HUD (Heads-up Display) is as innovative today as when it debuted in Ubuntu 12.04 LTS.

The HUD makes finding obscure menu entries deliciously quick. Just tap the Alt key, enter a keyword or two, select the correct result from the list and hit enter/return to action it!

The Unity Dash is part application launcher, part file search, and part search engine. It lets you find and open locally installed applications and search through your files and folders from one unified window via the Home scope.

It’s interesting how the Dash evolved over the years, debuting the version you’re most familiar with back in 2012.

The original Unity Dash had a “start page” consisting of 4 ‘Places’ shortcuts and 4 links to default apps (these couldn’t, for a long time, be changed). The Dash starting page later integrated app and file history to provide a more useful starting point.

Ubuntu’s innovative Unity Web Apps may have been short lived and quickly forgotten, but they serve as another example of Canonical being well ahead of the computing curve Unity was.

The feature allowed websites in the browser to interact and relay information to the desktop.

For example, Gmail integration added an unread count badge to the Unity launcher item and notifications of new messages;  you could sift Reddit using the HUD; and you could control music streaming sites like Grooveshark from the Ubuntu Sound Menu.

Unity Quicklists allowed apps to  quickly service certain features though a righ-click menu on the launcher. So, for example, you could quickly pause music in Rhythmbox, open a new Private tab in Firefox, or (back in the day) refresh your Gwibber client to fetch the latest tweets.

For supported apps the Unity launcher could display a badge count on launcher items to relay information, like the number of unread emails, number of new tweets, or number of concurrent downloads.

Progress bars could also be placed over the launcher item to show, well, progress of downloads, exports and renders.

This is a feature I would love to see added to GNOME Shell or integrated into extensions like Dash to Dock.

One thing I really wish GNOME Shell could do: display count badges in extensions like Dash to Dock, etc pic.twitter.com/uthunPOl6V

The global app menu in Unity is one of its signature features. It debuted in the Ubuntu Netbook Edition (netbooks had low resolution screens so saving vertical space was considered important; see #1) and migrated to the desktop with the rest of the Unity shell in Ubuntu 11.04.

The advantage of having a menu bar at the top of the screen? It supposedly makes it easier to access menu options (according to Fitt’s law) as, with the menu bar always in the same place, you don’t need to accurately ‘aim’ the mouse to trigger it.

Window button placement aside, the global menu was a controversial change to many users workflow, with many claiming that having to mouse all the way to the top of the screen to interact with app windows, regardless of their position, was a hinderance rather than a help!

Opinion towards the feature has cooled considerably since, likely helped by the fact that Ubuntu 14.04 LTS made the feature optional, letting users who want locally integrated menus (LIM) have ’em. 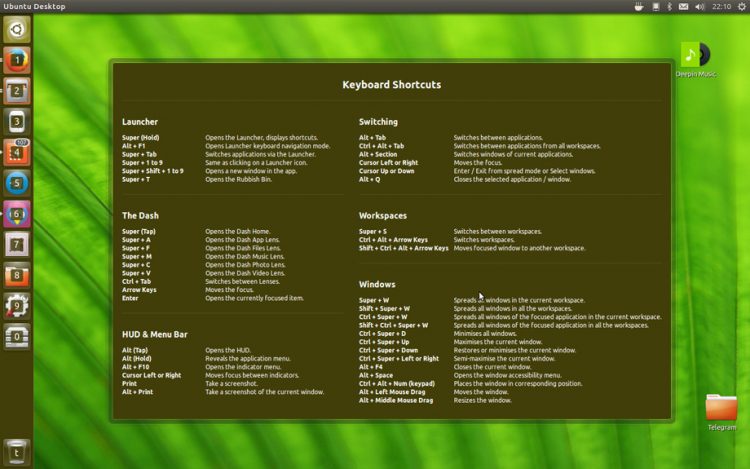 In theory they allow you to, say, search for ‘Doctor Who’ in the Home Scope and via the power of a ‘smart server’ backend see a stack of relevant results from popular websites, web services, and locally installed applications,

On paper Unity Smart Scopes should’ve been a game changer. But, thanks to the inclusion of affiliate-linked Amazon shopping results, the feature drew the distro ire from almost every direction imaginable.

Branded ‘spyware’ by some, shopping results and other online sources were disabled in Ubuntu 16.04 LTS. 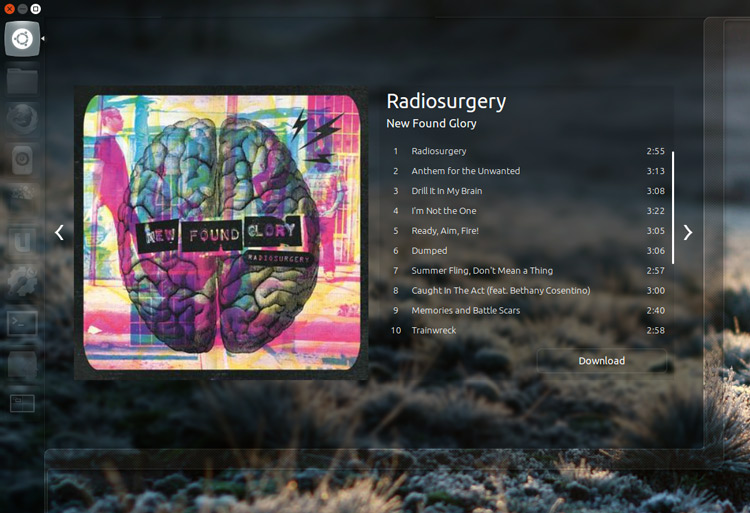 A less comprehensive forerunner to the search-centric Smart Scopes (see #9), Lenses were dedicated content-specific panels that could be added to extend the functionality of the Dash.

Lenses serve up results from online services (a bit like a less guess-y Smart Scope) and/or surface local results. Right-clicking on a result in the dash opens a preview pane with additional information, content snippets, and, for music files, even in-dash player controls.

Ubuntu has shipped with various lenses by default over the year, with the current line up comprising: Home, Apps, Documents, Videos, Music, and Photos. Developers (at least in the early days) created a slew of additional Lenses, including ones for YouTube, Tomboy notes, and contacts.

A subtle Unity feature that some (surprisingly) never notice is its chameleonic tendencies. The colour of the Unity launcher, the Dash, and notification bubbles change hue based on the dominant colour in the background wallpaper.

There’s presumably a very complex algorithm at play here, deciding which colour in the background is dominant and extracting a suitable hue based on it. 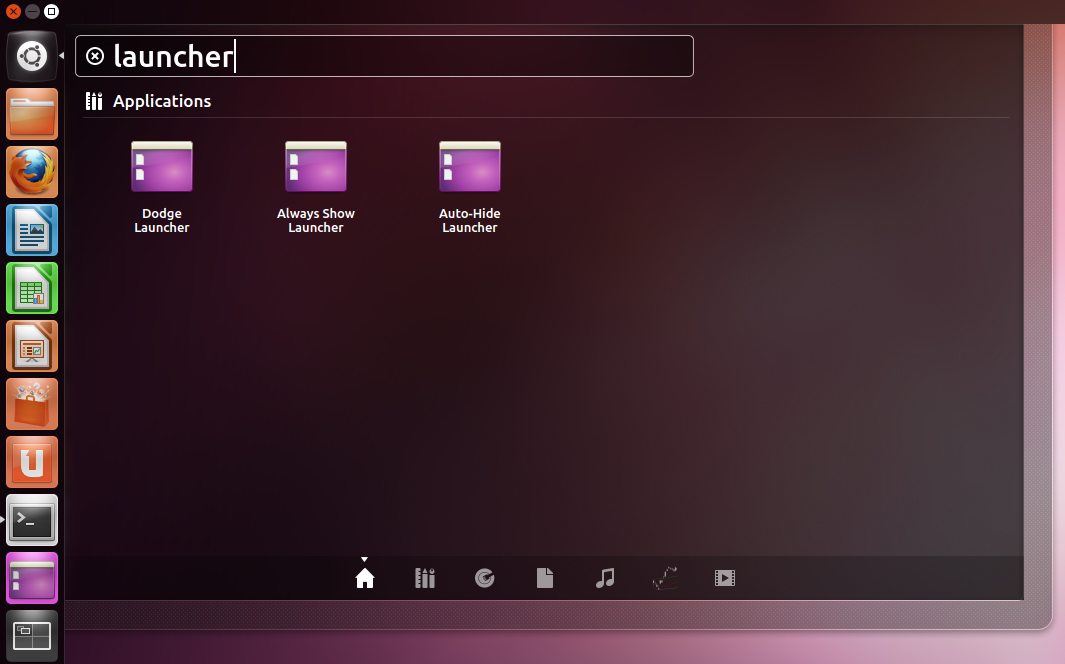 Unity 2D is the oft-forgotten Qt/Qml version of Unity that was aimed at lower end devices and virtual machines — but adored by desktop users anyway!

Despite the lack of graphical whizz bang the shell boasted impressive feature parity with its composited sibling, including item badges, the HUD, workspaces, and right-click quick-list menus.

Unity 2D fell into unmaintained mode around the time of Ubuntu 12.10. Canonical reasoned that the Compiz version was now able to run decently on low-power software,  two separate versions of the same desktop was a little excessive.

Home » List » 12 Features That Made Unity The Best Linux Desktop