Laughing as I threw a small red ball around my desktop — no, not the title of my autobiography, but my earliest memory of using KDE. 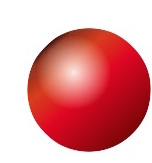 That little red ball was simply a toy, a KDE widget that could be added to the desktop.

A quick flick of the mouse was all it took to send the rounded blob ricochetting off the edges of my desktop workspace, boinging and banging from top to bottom, side to side, over and over, until, energy expended, it settled to quiet halt.

Absolutely pointless. Utterly ridiculous. And something I had totally forgotten all about until a chance spot in an ancient YouTube video earlier this week.

The ball bounces again — see THIS post for more details.

For what is essentially just a bit of fluff a lot of effort has to have gone in to creating the bouncy ball widget for KDE.

I’m talking proper calculations, logic and physics must have been crafted to control how the ball bounced, because it reacted to force and height, and you could control its speed.

This latter setting was also a danger, though. Get too carried away tweaking the speed and velocity options and you’d end up with a ball you couldn’t catch, as detailed in a forum post of the time:

“I played around with KDE widgets, and decided to try ‘bouncy ball’, it’s a big red ball that bounce around on your desktop. the problem, and here I am not sure if I should blame myself or the ball, is that i adjusted some settings, so that the ball bounces around at a quite high speed, and…. well…. I just can’t catch it…”

Sadly in the (admittedly not deep) research of this article I couldn’t find out who created the original widget, nor when it first appeared in KDE and KDE-based Linux distributions.

But I did learn what became of it.

At the time this widget was bouncing around people’s desktops, desktop widgets in general were the “in thing”.

Every one seemed to be offering them: Google Desktop; Yahoo Widgets, Windows Gadgets, Apple’s Dashboard, plus gDesklets, aDesklets, Screenlets and KDE Plasma widgets on Linux.

Like most desktop widgets the KDE bouncing ball was, of itself, largely pointless. But the relatively randomness of it amidst a set of semi-useful tools, like clocks, battery meters, and app launchers, kinda enhanced its appeal.

And not just to people like me, but to cats, the general measure of awesomeness in all things:

What Happened to the KDE Bouncy Ball?

KDE dropped the bouncy ball from Plasma add-ons in 2014, reasoning at the time that: “…when trying to develop a professional experience toys and gimmicks aren’t a good thing to be shipping by default. The user’s desktop is not a showcase for us to experiment with.”

As ‘gimmicky’ as the KDE bouncing ball widget might be, its existence served a purpose. When developers build crazy things like this they push limits, encounter flaws, and highlight areas that benefit properly useful things, like improving window animations and shadows, frame-rates, etc.

Anyway, I was only reminded of the bouncing ball widget today by chance. It’s something I had not thought about for years, but being reminded of it has put a smile on my face.

So I hope this post puts a smile on yours!

Gif created from this video.

Home » Video » Do You Remember the KDE Bouncy Ball Widget?

How To Re-Enable NPAPI Plugin Support (i.e. Java) in Firefox 52
Read Next