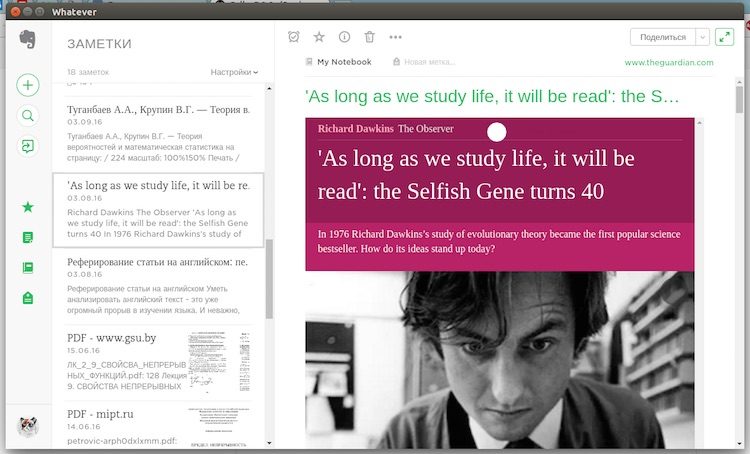 Evernote is practically a by-word for being well organised and super productive — and not just in the minds of its 100 million users but among those who, like me, aspire to be.

But with no official Evernote Linux app available it’s been left to the community to plug the productivity gap with unofficial alternatives, like NixNote, EverPad, NeverNote, and the Ubuntu Touch notes app.

And that’s where Whatever comes in.

Whatever, an open-source Electron app, is a melding of both approache. Whatever wraps the Evernote web-client in some desktop clothes, adds an indicator applet, and leaves you free to close your browser and avoid new tab temptation.

Now, I have to be honest: I don’t use Evernote. It’s just too much for me, you know?

Every time I try to  use it to scribble down a few thoughts I’m instantly overwhelmed as the service’s octopod-limbed obsession with making me organise stuff into folders, notebooks, notes, tags, takes over.

Give me a biro and a moleskin any day!

Whatever is (as mentioned) built with Electron. If you have an aversion, allergy or any other alliterative word for antipathy to apps built using this framework, skedaddle on. Nothing to see here.

But if it sounds like something you’d use (and keep in mind it is not officially supported by the Evernote Corporation) you can find installer links, screenshots a plenty more information at the link below.

Learn more about Whatever on Github

Home » Apps » Whatever is an Unofficial Evernote App for Linux 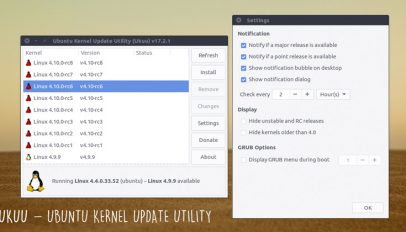