Did you know that the ‘OMG!’ in our name stands for ‘Oh My Giraffe’?

Of course you didn’t, because it doesn’t. But a splash of irrelevance feels like the best way to introduce you to the wonderfully cute world of Oh My Giraffe.

Never heard if it? Allow me to explain…

‘Oh My Giraffe’ is an endless runner game in which you help a giraffe eat fruit and avoid being eaten by lions.

On paper it sounds like all it’s missing is a David Attenborough voice over, but on screen it’s delightfully endearing.

You control the giraffe, or more accurately you control its long, ambidextrous neck! This isn’t hard; just click and drag your mouse around the screen in the direction of the coloured fruits, high and low.

Each fruit you eat is worth points, and the more fruits you eat (particularly in an unbroken chain) the higher your score will be.

The “challenge” comes in avoiding the pack of narcoleptic lion and lionesses chasing you. You’ll need to chomp through the multi-level vines that hold fruits to timely twerk a couple off your butt and into the faces of the predators prowling behind! 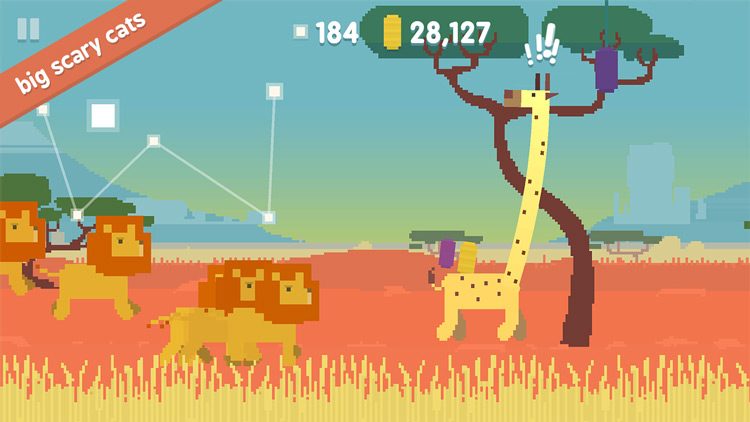 There’s a childish imagination to the game play and this is embodied in the pixel-art graphics, which are charming and whimsical and do not stray in to blocky mire of many indie games that try to evoke the 16-bit era.

But as you’ve probably already guessed from the screenshots, this game is far from being graphically intensive. As such it runs perfectly fine on Ubuntu, even in a virtual machine with limited RAM. All in-game interactions and animations are fluid and responsive.

The game was built using the free and open-source game framework, LÖVE.

Oh My Giraffe is not the sort of game you’ll end uo playing for hours on end (though, if you’re super easy to entertain it might). The gameplay does get repetitive, and though the pace is varied thanks to the ‘night time’ element, once you’ve bested your own score a couple of times that’s sort of it.

But don’t let me downplay the tactile thrill of dragging an engorged giraffe’s neck all around your screen. Oh My Giraffe is a fun and frenetic way to pass the time while you, say, wait for a download to complete or a video to finish rendering.

For endless high score action that’s incredibly cute and compulsive, check it out.

Playing the game on a mobile devices will cost you a few bucks via the Android and iOS app stores, but on desktop it’s free.

I say free. The game is actually available to ‘try for free’ on Windows, macOS and Linux. There do not seem to be any limits or restrictions on the desktop version, though.

Helpfully, the Linux version is available as a free download from the Ubuntu Snap Store, packaged by Canonical’s Alan Pope.

To install the Oh My Giraffe Snap on Ubuntu 16.04 LTS or above, simply pop open the Ubuntu Software app search for it.

If that’s too much effort open a new Terminal and run the following command to install:

When install has completed (the game clocks in at around ~25MB) you can launch the game from the Unity Dash (or whatever app menu/app launcher you use in its place).

To remove the game when/if you get bored, run:

If you manage to snag a suitably high score, feel free to share a screenshot in the comment section!

Home » Gaming » How to Install Oh My Giraffe! on Ubuntu 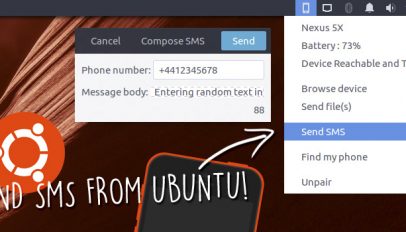