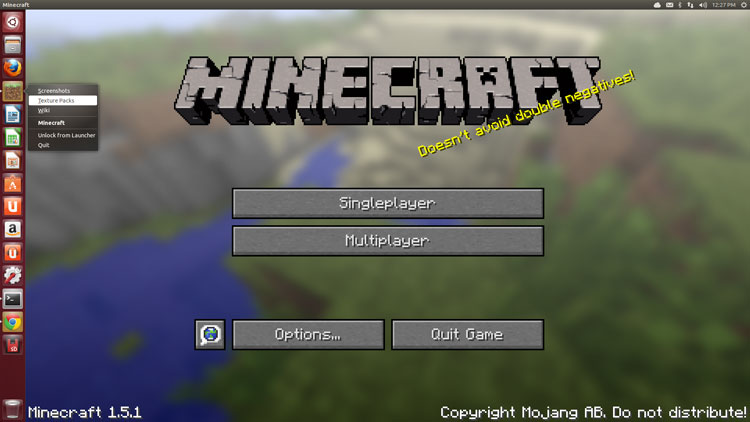 Work on a new Minecraft launcher for Linux has been underway for a while — but it’s now ready to test.

For those who missed the memo earlier last year, Mojang, makers of Minecraft, have been working on a new Minecraft launcher that no longer uses Java.

What’s more, the new launcher for Linux can be installed natively meaning, just like a regular package, it’s able to pull in its dependencies and whatnot.

To be clear: the new Minecraft launcher no longer requires Java. The Minecraft game that the launcher downloads, installs and configures for you continues to run on its own (isolated) Java runtime that is maintained by Mojang.

The whole Minecraft craze has passed me by, so forgive the lack of block-based puns in this post. I have played it for an hour or so, but got stuck in a whole. That, and the fact I couldn’t bring myself to kill a sheep for resources, probably go some way to explaining why.

“This new launcher is completely native, doesn’t use Java at all. We were able to make it much faster than the current launcher, give it new things that you can’t currently do… and it looks just so much better!”

‘A few rough edges are preferable to having to use Java, right?!’

Experimental test builds have been available for Windows and macOS users to play with for a little while. It’s only today that brave Linux block builders can …er… dig… in?

This new Minecraft Linux launcher is not finished so you should expect to find a few rough edges here and there.

But hey — a few rough edges are preferable to needing Java, right?!

If you’re using Arch or Antergos you’ll find an official package in the Arch AUR, and a tar.gz is also available. If you’re running Ubuntu 14.04 LTS or later, just tap the button below and install using your preferred method (gdebi, dpkg, Ubuntu Software, etc).