A new version of Lightworks, the professional-grade video editing software, has entered into public beta.

The new interface is called “Fixed” and it’s designed to offer a “more organised” workspace, helping users discover, use and learn more about the editor’s various features.

And that is something the editor has sorely needed.

I, personally, ditched Lightworks from my workflow a few years back. It’s not that it doesn’t work — it does, and quite well — it’s that, for me, it’s simply not as easy to use as a standard non-linear video editor like Kdenlive (I <3 Kdenlive).

The old floaty-multi-window UI remains part of the app and can be enabled in a couple of clicks should you miss it.

Other changes shipping in this Lightworks beta seek to help reposition the app as more than a video editor.

For instance, it comes with improved audio and video FX tools for advanced tweaking.

There’s access to library of royalty-free HD and 4K stock video (license dependent), an improved Voice Over tool (which is also now available in Free accounts), and a stack load of bug fixes across Windows, macOS and Linux.

See the release notes here for more details on the known issues in this build. The fine folks over at ProVideoCoalition have summarised the changes nicely.

Lightworks 14 Beta is a free download and is available for Windows, macOS and Linux. It supports Ubuntu 14.04 LTS and later, as well as Mint 17+ and Fedora 20+. Milage may vary on other distributions.

Don’t click the first download button you see. First make sure the ‘Linux’ tab is selected, and then make sure you click the download link for the beta version (v14)and not the most recent stable release (v12)

EditShare, the company behind the app, says users can expect a stable release of Lightworks 14 mid-Jan 2017.

It should be noted that Lightworks (Free) has limitations. While you can edit pretty much most common media formats you can only export as a lightworks file, or direct to Vimeo (up to 1080p) and YouTube (up to 720p). A Lightworks Pro account is required to access some features and unlock other export options. Lightworks Pro starts from $14.99/month.

And about that other elephant in the room: EditShare say open-sourcing Lightworks is “still on the roadmap” but have “no updates currently” to share. 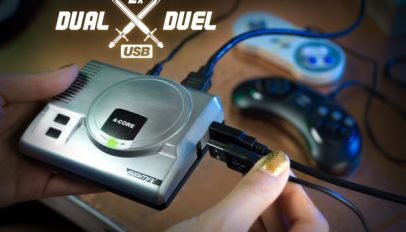 RetroEngine Sigma Is a Linux-Powered Retro Games Console
Read Next