It’s been many, many years since Ubuntu decided to move the position of window control buttons from the right-hand side of application windows to the left.

‘The window controls in Unity […] will not change.’

Many of you may recall that this switch wasn’t without controversy. Many users were not happy with the change, which they felt was too ‘mac-esque’ and a break with conventional window button placement.

The good news was that any one who didn’t like the default placement could change the position of window control buttons back to right-hand side. An entire crop of 3rd-party tools, hacks and apps grew up with this option present among them Unity Tweak Tool.

As the years have passed, so too has the memory of this drama. Most of us have long since gotten used to left-aligned window controls, and would find a sudden change back to the right almost as jarring!

One of our Twitter followers got in touch with us this weekend to ask how to move the window buttons to the right in Ubuntu:

@omgubuntu How to move the window buttons to right in #Ubuntu 16.10? #Linux

I (unhelpfully, it turns out) pointed the vyshakh99 to Unity Tweak Tool, assuming that the window button placement option it once offered was still present.

In fact, it hasn’t been present for a few releases.

Furthermore, you can no longer manually change window button placement using gconf-editor or dconf-editor, and the option that once loitered inside GNOME Tweak Tool has also vanished.

Confused, I took a look around to see what’s going on.

And it turns out that it’s all intentional.

Vyshakh99 isn’t alone in wanting to move window buttons to the right, though.

A bug report titled (rather matter-of-factly) “Allow the user to move window controls to the right” was recently opened on Launchpad. In it, users of various types reasonably request that an option to decide which side of the window the close, minimise and maximise buttons appear be added to Ubuntu, or a setting exposed for third-party app developers to hook in to.

“The window controls in Unity are on the left. It is not a setting, it’s where the designers chose to place them. This will not change.”

Yowch, so I guess that’s that?!

Design intentions aside there may be other reasons to not provide a setting. For one, it introduces more code, that code has to be tested and maintained when changes are made elsewhere, etc).

But never say never. It took the community spin Ubuntu Kylin to step in to add the necessary code to move the Unity Launcher to the bottom of the screen, a long-standing request from Unity desktop users.

What Do You Think?

Do you think Ubuntu should allow users to choose which side window controls appear? We’ve fashioned a poll out of play-doh and loaded answers for you to vote in: 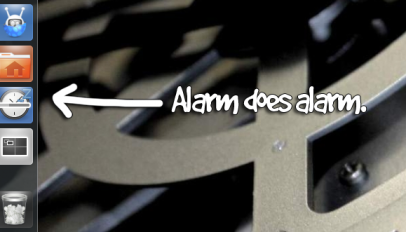