I love a good tease, me. A proper slow reveal, ramping up the hype and puffing up expectations — and Good old Games (better known to most as GOG.com) is duly indulging me.

All has been revealed: it’s a winter sale with a free (limited time) copy of Neverwinter Nights Diamond, a Windows-only game.

As picked up by our buddies over at Gaming On Linux, the venerable games distribution company is trailing a reveal date of December 1st for …Well, for something.

What exactly that something is, is up for debate, discussion, digging, and/or other words that don’t begin with the letter ‘d’. On the subject of the letter ‘d’, the word ‘dragon’ starts with it. Take a squint at the picture. and tell me what you see. Is it a dragon’s foot?)

Might this reveal be a fairly well known game (involving dragons) being launched DRM-free on Windows, macOS and/or Linux?

It could well be.

The cynic in me thinks that this reveal won’t be a Linux version of GOG Galaxy, the DRM-free online gaming platform’s desktop client (think ‘Steam’). Why? Because if GOG Galaxy was to get a Linux release so soon we’d have heard something about it, if not from GOG than from their community faithful.

Now, keep in mind that GOG cater to all sorts of gamers (yup, even those on macOS) so don’t be too disappointed if the event ends up being nothing related to Linux (or worse: an awesome game available everywhere but Linux).

What do you think it is? Don your speculatory hard-hats and dig on down into the comments below. 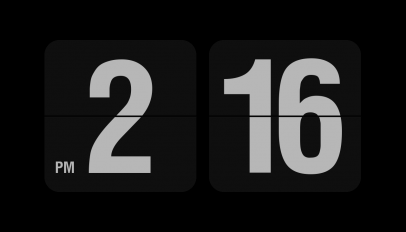